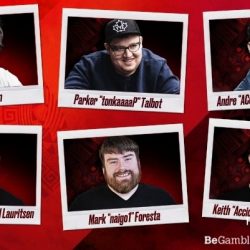 At one time, PokerStars accumulated a full roster of Team Pro members. They represented many countries around the world and a range of poker abilities and strengths. PokerStars’ team was second only to that of Full Tilt Poker.

In the past decade – since Black Friday, really – PokerStars slowly thinned its roster. Some departures from the team made sense, as countries like the United States and Australia withdrew from the global player pool. Some pros moved on from poker, like Liv Boeree and Vicky Coren, and a few even left due to rifts with The Stars Group when the company shifted much of its focus to growing non-poker verticals.

The most notable departure occurred as 2020 ended and Chris Moneymaker ended his 17-year relationship with PokerStars to work from the United States and spend more time with his family. Celina Lin left soon after, and Muskan Sethi exited as the PokerStars India representative.

That left nine members of Team Pro: Andre Akkari for the Brazilian market, Jennifer Shahade for chess crossover and for the burgeoning US market, PSPC winner Ramon Colillas for Spain, five online streaming ambassadors, and one for the virtual reality poker scene.

This week, however, PokerStars welcomed six new ambassadors to the team, each of whom will infuse some unique and fresh energy to the site’s global representation.

Three of the six new members of Team Pro are familiar ones to many in the poker world.

Sam Grafton is a longtime poker pro hailing from England and currently living in Brazil, though he doesn’t know how permanent it will be. Grafton has spent most of his poker career at the online tables, having earned nearly $8.5M in tournaments online. His live game has been solid as well, having won more than $4.1M there. Along the way, he captured GUKPT, APT, Aussie Millions, APT, and PokerStars LIVE events.

Grafton has been commentating on a number of poker tournaments for PokerStars alongside James Hartigan and Joe Stapleton. He will continue doing the same, as well as playing as a PokerStars ambassador.

Parker Talbot is better known in the online poker streets as “tonkaaaaP,” a Canadian-born poker pro who regularly streams his action on Twitch. His winnings in online tournaments exceed $3M and include SCOOP, WCOOP, and Super Tuesday titles.

Thanks so much for all the enthusiastic messages. Very proud to play SCOOP today as part of @PokerStars Team Pro. Marks the beginning of an exciting new chapter for me. https://t.co/S3H1ZWqX4u

Andre Coimbra’s name might sound familiar to many because of his poker skills and his past affiliation with PokerStars. He was a member of Team Online years ago, but since then, Twitch became a way to connect with fellow players and audiences. The Portuguese-born pro is now back with PokerStars and on Twitch..

Playing as “ACoinbraPoker” online, Coimbra will likely become a familiar face for many more poker fans on his Twitch channel and at the online tables in general.

The other three new members of PokerStars Team Pro are Twitch poker players, two of them focusing on a new US market.

Lasse Jagd Lauristen plays online as WisternJL. The 23-year-old from Denmark has been growing his channel and focusing on his poker game. PokerStars calls him “someone to keep an eye on.”

Keith Becker is a US-based player who lives in Pennsylvania, a state with a burgeoning online poker market and PokerStars as the sole option for the past year and a half. Playing as “AccidentalGrenade,” Becker has been streaming his play on Twitch for fun, to improve his game, and to welcome new players into the game. He can now do that as a part of the PokerStars team.

Finally, Mark Foresta is a fellow Pennsylvanian who has been making a name for himself in the Twitch streets. He plays as “naigo1” on PokerStars PA and is prepared to take on a role as a poker and PokerStars representative in the still-finding-itself US online poker market.

From launch day of PokerStarsPA it has been an absolute honor participating in one of the most amazing communities on Twitch.

From today forward I will be doing that as an official member of @PokerStars Team Online. Thank you so much and I hope we are all ready for a wild ride! pic.twitter.com/4gl1JGqHnH