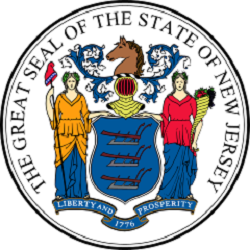 Can online poker make a comeback in 2018?

The overall picture of online gambling in New Jersey is positive, showing significant growth since the industry launched in November 2013. Last year delivered another growth spurt of nearly 25% and put the total gross gaming revenue over the $770 million mark at the end of 2017.

The dissected picture, however, shows that the revenue increases have been coming primarily from the online casino games sector, as online poker has been on a relatively consistent downswing for more than a year. Whether the market is saturated or operators are simply uninterested in pursuing a larger poker contingent, many players’ hopes for a new and thriving online poker industry in the United States have fizzled further with every new monthly revenue report.

One pair of analysts, however, predicts a surge in 2018. In fact, they anticipate an online casino growth slowdown with a higher percentage of growth for online poker.

According to NJ Online Gambling’s latest report summarizing 2017 and looking forward through 2018, there are some key figures to understanding the New Jersey market at this juncture.

Of that increase, however, online casino revenue grew 30.1% while online poker decreased 8.5%.

To date, since the launch of the New Jersey industry in November 2013, gross gaming revenue totaled $772.4 million by the end of 2017.

On the whole, NJ Online Gambling authors believe the market will put the gross gaming revenue at $271.9 million for 2018, putting the lifetime total at $994.3 million. They predict an overall growth of 10.7%, with online casino games up only 10.6% year-on-year and online poker jumping 11.8%.

Why the drastic change?

They feel that the market is reaching maturity and cannot continue to climb at the rate of the last two years. They also assert that operators will grow more apathetic as they put more time and energy into neighboring Pennsylvania, which plans to launch its online gaming sites in 2018.

As for the poker upswing they anticipate, it will be spurred by the interstate poker liquidity network set to launch with the inclusion of New Jersey this year. Nevada and Delaware have been partnered for several years to share online poker, but the work to include New Jersey will finally reach a launching point in the coming months.

The entire state-wide market will see growth, they predict, due to new brands opening sites in New Jersey, new formats like live dealer games taking shape, and sports betting possibly being legalized by a United States Supreme Court ruling due this spring, which most analysts predict will favor New Jersey.

While online poker was rather volatile in 2017 but only by small percentages, and most months saw decreases in poker revenue. New sites like Pala Poker and MGM Grand opening in the market only seemed to split the existing customer base. And it was the success of poker tournament series that kept the numbers from being even worse, as cash games took a big hit in 2017.

There is no sign of significant changes by the online poker operators in 2018, as there seems to be little focus on innovative marketing or advertising plans. While there may be something in the works that is unbeknownst to the poker public, there seems little excitement for the poker sites in general.

The one and only improvement to the market will be the liquidity arrangement. New Jersey is planning to join Nevada and Delaware in the online poker liquidity sharing network, which is likely to launch this year. However, the only sites available in all three states are WSOP and 888poker, which operate together. That one option will open to players in all three states, and it could do quite well, but the lack of ability of other operators to join this year may keep growth to a minimum.

Pennsylvania may launch its online poker sites in 2018, though the process has moved quite slowly since the law was passed in the fall of 2017 to legalize online gambling. Even if sites do launch this year, there has been no indication that Pennsylvania is prepared to sign on to the liquidity network yet. It seems highly unlikely that Pennsylvania will try to join the network in 2018.

Will adding liquidity via Pennsylvania players help?  It might, but not if it doesn't happen for another year or more. #online #poker #liquidity  https://t.co/tuFQEFm1cM https://t.co/nl2puANSY8

There are outside factors that could influence New Jersey’s market, though not by much.

On the plus side, if states like New York, Michigan, Illinois, and others follow through with their bills to legalize online poker, the entry of new states into the market could be encouraging to some New Jersey players.

On the negative side, casino magnate Sheldon Adelson is not happy that his Restoration of America’s Wire Act (RAWA) bill has not been passed by Congress to outlaw online gambling at the federal level. As he gets older, he may become more persistent with those members of Congress to whom he has donated money for their reelection campaigns. And while Adelson has no influence over US Attorney General Jeff Sessions due to the latter’s recusal from all online gambling matters, Adelson could push for Deputy AG Rod Rosenstein to make the move and reverse the 2011 Department of Justice decision regarding the Wire Act, which would effectively remove the states’ ability to regulate online gambling. While the US government is busy with many things at the moment, more attempts from Adelson are imminent. Whether they succeed or not will have a significant effect on internet poker in New Jersey.

Predictions are difficult, but the industry will be watching closely.