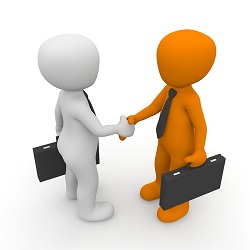 Australia was nothing if not serious about its new online poker and gambling ban. And the Australian government plans to make sure that every other regulated market in the world knows about it.

The implementation of the Interactive Gambling Amendment 2016 began in September 2017, just one month after the bill passed through the Australian legislative bodies. And part of the process of enforcing its new law is to contact other regulated markets to inform them of the law and any online gaming operators who are in breach of it. By September 14, one of those letters was written and sent to the New Jersey Division of Gaming Enforcement.

The new Australian law pertaining to internet gambling was passed as amendments to the Interactive Gambling Act 2001. The new provisions apply to online gambling services for games of chance or mixed skill and chance, including casino games, slots, and poker, all of which are now prohibited unless the operator holds a license in an Australian state or territory. Online gaming services cannot be offered or advertised to Australians, and offenders can face penalties of up to AUD$7.9 million per day.

One of the ways that Australia intends to enforce the law and deter operators from conducting such activities is to notify gambling regulators in other jurisdictions of any breach of the new law. And said offenders are being monitored and warned to leave the Australian market, prompting the letter from the Australian Communications and Media Authority to regulators like the New Jersey Division of Gaming Enforcement.

The primary point of the September letter to New Jersey, however, was to ask for its regulator’s cooperation in informing its licensed operators of the new Australian law and encouraging compliance with it.

Within two weeks, Division of Gaming Enforcement Director David Rebuck issued a letter to all members within reach of the Internet Gaming Counsel. The letter explained the pertinence of Australia’s request as it pertains to the April 2016 bulletin entitled “Impact of Operations in Grey Markets on Suitability for Licensure.” That memo serves as direction that any operator operating in a grey market will be considered a black-market operator and thus requiring a review of its suitability for New Jersey licensing.

Rebuck’s letter of September 29, 2017, informed that New Jersey now considers Australia a black market. “As such, every online gaming company that conducts business in New Jersey must comply with Australia’s new laws and cease offering all prohibited services to customers in Australia,” the letter read. “Failure to do so may result in the Division taking regulatory action against your company, including finding your company unsuitable for licensure in New Jersey.”

That was a clear statement.

And it was followed by a warning. Operators holding licenses in New Jersey were given 15 days to comply with the new Australian regulations through a complete withdrawal from that market and show proof of those actions.

While Rebuck did not mention the names of any offending operators, it was implied that at least one operator was in breach of the agreement and needed to take appropriate steps to comply. In reality, it could have also been directed at affiliates and vendors who also hold New Jersey licenses, as the instructions in the letter were directed at both B2C (Business to Consumer) and B2B (Business to Business) providers.

Before the era of online poker and casino games operating in regulated markets, every online gaming operator could market to nearly any customers around the world. There were few limitations.

Today, less than a decade later, the online gaming environment is much different. The first step was to ring-fence markets, as happened in France, Italy, Spain, Portugal, and three American states. Other countries are beginning to follow suit, such as Uruguay, Colombia, Czech Republic, and others with legislation in progress. The next step was to begin communication amongst the regulators of those markets.

Each market makes its own decisions about how to handle operators that breach their online gambling laws, but Australia and New Jersey are clearly taking it to another level of seriousness and transparency. The communication between the two, beginning the day after the Australian law became enforceable. Is evidence of the new age of internet gaming regulation. Small operators who continue to try to skirt the laws will have more difficulty doing so and will continue losing customer markets, while larger operators will be forced to pay more in licensing fees to operate in different markets. That will likely lead to more of those operators consolidating through mergers and acquisitions in order to shore up the funds necessary to remain in some of the world’s most prominent markets and countries.

For now, the agreement between Australia and New Jersey should be a warning signal to all online gaming operators. This type of cooperation is the wave of the future.