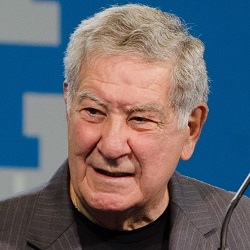 The chances of New Hampshire passing an online gambling bill may seem slim. If states like Pennsylvania and New York have yet to do it, after two years of passing bills through part or all of their state legislatures but still falling short of full legalization, New Hampshire seems like a long shot.

It is too difficult to properly gauge New Hampshire’s chances, however, due to the state’s relative disinterest in online poker or casinos in years past. In fact, there hasn’t been much legal gambling in the state at all of which to speak, other than a lottery and some horse and dog racing. The Granite State may be changing its tune on gambling, though, with some recent movement on a bill to authorize two casinos.

New Hampshire State Senator Lou D’Allesandro has been a longtime proponent of casinos. For nearly two decades, he has proposed bills to legalize casinos in some form, but those bills have always failed. The furthest he was able to push a bill was in 2014 when his bill had the support of the Senate, which passed the legislation, and the support of the governor. But the House ended up voting against it 173-172, missing it by just one vote.

That didn’t stop D’Allesandro from trying again. And this year, he made progress again. Senate Bill 242 made it through the State Senate by a 13-10 bipartisan vote in March, and it garnered enough support in the Senate Finance Committee with 13 votes to get to the House. It stalled there. The motion to indefinitely postpone the bill was overwhelmingly adopted, and the bill went on official hold on May 4.

The casino bill in 2017 was a bit vague on locations for the two casinos, and it would have allowed one company to bid for both licenses, which was a sticking point for some legislators. However, the state needed the revenue, $150 million of which would come from the 35% gaming tax. The construction jobs and then the casino jobs would have boosted the state’s numbers as well.

In addition, the East Coast has proven to be a gambling magnet. While Atlantic City in New Jersey has suffered in past years, other states are showing great promise with new casinos and gambling establishments. Pennsylvania has experienced the most growth, while Maryland has also drawn customers to its booming resorts. Even New York has seen several casinos built in the last year. New Hampshire could cash in and garner some of that gambling revenue for itself.

What Would the Neighbors Think?

Part of D’Allesandro’s argument for legalizing casinos is the revenue lost to neighboring states. “While New Hampshire has done nothing, surrounding states now have gaming entities. They advertise on our TV stations, and we send buses of New Hampshire residents to those other states to gamble. It’s time for New Hampshire to do something. No state that has done this has crumbled.”

While neighbors like Vermont aren’t known for their gambling, Maine does have two casinos. New Hampshire’s southern neighbor, Massachusetts, is in the process of welcoming some casinos, and New York just saw the opening of several new casino/resorts, in addition to Native American-run facilities. Down the coast a bit is Maryland, which has a continuously growing casino scene, which is competing with its thriving neighbor, Pennsylvania. Delaware does have legalized online gambling and already shares its online poker base with Nevada.

And then there is New Jersey, a state that has created a thriving online gaming industry that not only compliments its land-based casino partners but often puts them into the black when their own revenues aren’t as profitable as desired. The significant annual revenue helps the state’s bottom line. In less than four years, New Jersey online gaming – poker and casino games – has generated more than $620 million in revenue in less than four years of existence. That is not exactly small change when it comes to the budget of a relatively small state.

There are a handful of independent poker rooms located around the state. They offer poker, roulette, and even some forms of blackjack, all under a 2006 law that allows games of chance to operate for the benefit of charity. Players can also wager on horse and dog races from the locations. While they don’t operate like standard poker rooms in casinos, with cash in play and open seating, the games and tournaments do offer prizes and some cash.

This may seem like a positive for online poker fans, but the charitable aspect necessary for the poker rooms to operate signifies that lawmakers do not understand the skill component of poker. And the idea of gambling for the sheer entertainment of it is not something they are prepared to embrace.

An argument could be made that online poker operators could partner with currently-running land-based poker rooms, though the latter are likely unequipped for hosting servers and financing an online gambling enterprise. Without full-blown casinos to go with online gaming that includes casino games, the push for additional revenue through this budding industry is not very truthful.

When Delaware legalized online gaming, it surprised most in the industry who wondered why such a small state, one with only racetrack-type establishments, would be interested in offering online poker and casino games. The same can be said of New Hampshire, and the state could surprise everyone by authorizing the building of casinos and partnering them with legal online gaming sites.

On the other hand, the reality is that the state is probably not ready to embrace gambling to that extent. They could shock everyone in the country and if the upcoming September 6 hearing on HB.562 about online gaming is positive.

New Hampshire is a long shot, but sometimes those pay the highest dividends.