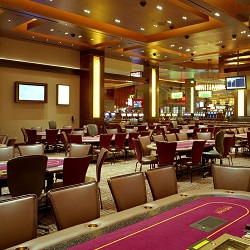 The players beat the house. The Nevada Gaming Control Board ruled for the players and against Station Casinos in the case of the unpaid bad beat jackpot.

On a technicality, Red Rock Casino ordered a sizeable jackpot go unpaid, but the players took the situation to the regulatory body that oversees such decisions. It was a rare situation in which the house didn’t have the final say, and the players walked away with their prize money.

It happened on July 7, 2017. Players were in Station Casino poker rooms across Las Vegas, including Red Rock. Avi Shamir and Len Schreter were in the hand together, and both players had straight flushes. They met all of the requirements for the bad beat jackpot to be paid, a progressive jackpot shared by all Station Casino poker rooms as compensation for suffering the worst of bad beats. And with the jackpot at approximately $120,000 when the hand was played, Shamir was due $60,000, with $30,000 going to Shreter, and the other $30,00 split among all of the other players in Station poker rooms at the time (approximately $500 per player).

But there was a problem.

No Payment for You!

When Schreter realized that the hand likely qualified for the bad beat jackpot, Schreter showed his hole cards out of turn. The hand was not officially over, however, and exposing cards before the dealer instructed him to do so nullified the jackpot. The rules of the progressive jackpot stated as much, as it states that “discussion of hands during the play by players, at the discretion of management, may void a Jumbo Hold’em Jackpot.” Caldwell felt that the premature revelation of the hand amounted to said communication between players.

Other casino executives reviewed the camera footage at the time and agreed with Caldwell that the jackpot should not be awarded. The winner of the hand, Shamir, took the case to the Nevada Gaming Control Board (NGCB) for a final decision.

The NGCB sent an investigator to view the surveillance tapes and render a preliminary decision, and he ruled in favor of the players. When Station Casinos contested that decision as well, the matter was set for a hearing scheduled for December.

Players, casino executives, the investigator, and members of the NGCB attended the hearing that lasted for several hours. Ultimately, the NGCB was supposed to reveal its decision at a meeting in early January, but the NGCB simply took that opportunity to request more information from the investigator and to find out why Schreter withdrew from the complaint.

The next NGCB decision was set for February 7, and the minutes of the meeting revealed that they made a decision.

The recommendation of the hearing examiner read, “Agent’s decision awarding payment of $62,126 to Avinoam Shamir be affirmed.” And finally:

Since Scheter withdrew his complaint, it is unclear if he will receive his payment of approximately $30,000. There is no official decision on his case, and reporters have been unable to contact Scheter.

Two other players who were involved in the complaint were Michael Bluestein and Dr. Rochelle Lindner, both of whom were playing in the Santa Fe Station poker room at the time. They were each due a portion of the jackpot, which amounted to $565 each. The NGCB recommended those payments be made as well, and they were completed.

It is not clear if the rest of the players will receive their rightful payments from the jackpot.