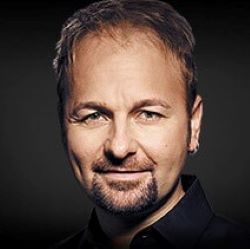 In a move that surprised many in the poker world, Daniel Negreanu announced that he will no longer be an ambassador for PokerStars.

This ends a 12-year sponsorship that put Negreanu on the front lines of PokerStars’ advertisements and promotions. He played online, attended live tournaments around the world, worked closely at times with PokerStars’ staff to shape the site’s direction, and even served as a liaison between the company and players during tense or controversial times.

There is no information available as to the nature of the breakup or even if it was on positive terms.

Some in the poker community were not completely taken aback by the news, however, as it did appear that Negreanu had been less focused on PokerStars events and playing online in the past six months to a year. There were signs, such as fewer PokerStars promotions and company mentions on his social media pages, fewer photos of Negreanu with the PokerStars logo, and less of a focus on travel for PokerStars.

Negreanu made the break official on May 23 via Twitter, and PokerStars did salute the man who was the face of their site for a decade.

Negreanu had been focused most recently on planning his wedding to Amanda Leatherman, and that event did take place last weekend in California.

He has also been getting prepared for the upcoming World Series of Poker, which begins next week in Las Vegas, where he and Leatherman reside.

The video announcement came with a caveat that it would be “about my time with @PokerStars.” After mentioning his wedding and plans to start a family, he mentioned the split with PokerStars in a casual and broad manner.

“I have an important announcement to make about my 12-year run, which is an incredible run, with PokerStars. Ya know, it was a great run, but we’re no longer gonna be an ambassador for the company. I worked with so many great people, as I said of late, ya know, Scott and Eric and Melanie and Severin and the guys, ya know, some really good people there at PokerStars.

“I’ve had the opportunity to travel the world, ya know, play in Barcelona, Monte Carlo, and the PCA, which were like three of my favorite stops. But I wish everyone the best, as I said, and I’m super excited about the future with my new woman, and yeah, love is in the air.”

I have an announcement I’d like to share with you all about my time with @pokerstars pic.twitter.com/qqY3ABPOTw

There was no PokerStars blog post or details about the breakup with Negreanu, only a Twitter post with a video tribute to Negreanu. The tweet said, “today we part ways,” and called him a “true legend of the game,” ending with GG & GL (good game and good luck) and the hashtag #ThankYouDaniel.

This is not a bluff: after 12 great years together, today we part ways with @RealKidPoker, a true legend of the game. GG & GL. #ThankYouDaniel pic.twitter.com/fxQNFdwqcj

Within hours of the announcement from Negreanu, PokerStars had removed Negreanu from the home page and Team PokerStars pages of its dot-com site. The page that boasted of Negreanu as the sole poker pro representing Canada was removed in its entirety.

It was also notable that PokerNews, which is majority-owned by PokerStars’ parent The Stars Group, did not write an article in the hours that followed the announcement. The news site is typically one of the first to deliver news, especially pertaining to official PokerStars announcements. PokerNews merely retweeted Negreanu’s video tweet.

The only thing that it did post today with regard to Negreanu was a throwback to an old interview with him from 2012 entitled, “Throwback Thursday: Daniel Negreanu Talks Testicles.”

At this point, Negreanu seems focused on the upcoming WSOP.

It was Joey Ingram who tweeted the suspicion that coincides with some rumors, that Negreanu may be in talks with PartyPoker for a sponsorship.

Where can I bet on Negreanu joining Party Poker ? 🤔

There is no evidence to back up this guess, but the ideal place to make an announcement of any sponsorship is during the WSOP, when players are wearing their patches on their clothes and garner a great deal of exposure. For now, the poker world waits to see if Negreanu patches up.