Neeme Joins Somerville to Run It Up at Team RIU 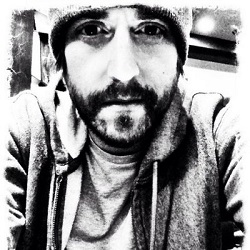 Andrew Neeme is a longtime poker player, one who has made a living for many years playing primarily in Las Vegas cash games. He has long had a presence in poker media as well, having written for Pokerati during the poker boom and eventually producing his own vlogs about his poker experiences. His passion for the game has been evident in all of his endeavors, through which he has garnered quite a significant fan following through the years.

All of that brought him into a friendship with another longtime pro and entrepreneur in the game, Jason Somerville, which culminated this week in Neeme joining Team RIU. The group of pro poker players comprising the Run It Up team are known for their enjoyment of the game and their ability to deliver their poker experiences to fans through engaging videos, livestreams, and in-person events.

Neeme’s personality and approach to poker seems an ideal fit with the vision of Run It Up.

It is tough to find players or fans in poker with anything negative to say about Somerville, Run It Up, or Neeme. That made the announcement that Neeme would be the newest ambassador of Team RIU such a positive occurrence this week.

We are excited to announce @andrewneeme has joined us as a Team RIU Ambassador! Please welcome Andrew to the team and watch his channel at https://t.co/Nj1aCtd6A3 – more info found at https://t.co/pUU1XvqT2d pic.twitter.com/zpbIOjFpWK

As written by Run It Up in the post on its site announcing Neeme’s addition to the team:

“Neeme had several goals for his vlog. He wanted to help make poker fun again (which is literally on a RIU t-shirt), build a community of nice people who are social and enjoy poker, make poker less intimidating to new players, as well as entertain and educate poker fans.

“It’s a ‘favorable’ addition to the Run It Up family, with Neeme’s goals aligning perfectly with RIU’s. If you’ve spent five minutes at any Run It Up event, you’ll know that the atmosphere is all about having fun and enjoying the game – a process that will only be amplified by our latest partnership with Andrew.”

In fact, Neeme made his own announcement about the partnership in his latest (and 137th) vlog, and Somerville makes his entrance approximately five minutes into the video.

The duo explains that the primary goal of joining forces is for Somerville to help amplify Neeme’s messages and YouTube content, along with creating some combined content via livestreams. Since both men are the only ones on the team who actually live in Las Vegas, they will have more opportunities to join forces.

It also means that Neeme will be a staple at Run It Up Reno live series, such as the one happening October 19-29. And Somerville will start attending Neeme’s Meet Up Games (MUGs), which are friendly gatherings to play a few hours of casual $2/$5 poker at various Las Vegas poker rooms.

Who wants to come play some casual $2/$5 with bomb pots, optional beers and these friendly faces?? pic.twitter.com/q7tt55GrCf

Neeme essentially took his career and built it into a creative enterprise, not only developing a brand but a way to share his passion for poker with others and bring more players to the game.

Somerville did the same with his poker enthusiasm, starting with creating YouTube videos in his basement while playing low-limit online poker games on Nevada-based regulated sites. He then took his games to livestreams and become one of the first well-known players on Twitch, paving the way for hundreds of others to follow his lead. All the while, he created his Run It Up brand that has expanded into live tournaments, merchandise, and a great deal of respect from the poker community.

Can’t tell you how cool this is. Teaming up w/ the guy who was the FIRST to make his own poker content that was both fun & insightful, and has always had the vision for how to best grow the game.

His unique ways of bringing poker fans into his world has garnered opportunities for Somerville through the years, though none quite as significant as the one announced this summer with PokerStars. Not only had Somerville become a Team PokerStars Pro in the past several years, he partnered with the largest online poker site in the world to invest in his Run It Up Studios via a Twitch-based partnership.

His Run It Up team consists of other creative-minded and engaging poker players like Jeff Gross, Jaime Staples, Kevin Martin, and Lex Veldhuis, all of whom have significant online followings via Twitch. The addition of Neeme to the team that now consists of 11 names remains focused on keeping poker fun and welcoming, though also still a challenging, learning experience.

With a crew of resourceful and innovative poker players, along with the power of PokerStars, it will be exciting to see what Run It Up has in store going forward.