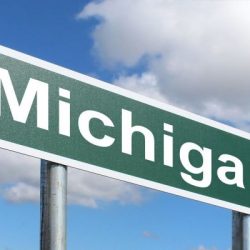 The first sites launched in January, and there are now 13 online gaming operators in the state. Together, in only three months – fewer than three due to no one actually launching on January 1 – those 11 operators have generated more than $204M in total gross receipts and paid more than $35.5M in taxes.

The revenue is warmly welcomed by casino operators that have been closed or at various stages of limited capacity for more than one year. The shutdowns that started in March 2020 forced casinos to keep their doors locked for months, and they have been on a slow reopening plan since mid-2020. However, Michigan has had a very tough time controlling Covid-19 outbreaks. While other states continue to expand capacity little by little, Michigan cannot do so.

This means that the internet gaming revenue is much needed. The new sector of internet poker, casino games, and online sports betting is showing its worth in big numbers.

March was the second full month of internet gaming in Michigan. February was the first full month, and March is the longest month thus far. The rate of growth may slow slightly as the year continues, but at this point, people are still discovering it and logging on for the first time.

The Michigan Gaming Control Board currently relays internet gaming revenue and online sports wagering revenue, but it has yet to break out numbers pertaining to online poker.

That leaves only the assumption that PokerStars is still owning the online poker market in Michigan, since it was the first to launch in January and pulled in many players during February and with big tournaments since then. BetMGM launched online poker in mid-March, and it struggled to attract big numbers at first. While it operates on the PartyPoker platform, BetMGM doesn’t have the name recognition of PokerStars. But it has been plugging along and working hard to bring competition to the burgeoning ipoker market in Michigan.

At some point, we hope to receive online poker revenue numbers.

In the meantime, let’s look at the bigger numbers:

BetMGM’s casino partner is MGM Grand Detroit (duh), which tops all other casinos for internet gaming revenue by quite a lot. PokerStars’ partner is the Little Traverse Bay Bands of Odawa Indians, which does make the top five.

The bettors had been chomping at the bit to log some sports wagers online. And they did so in massive numbers in February.