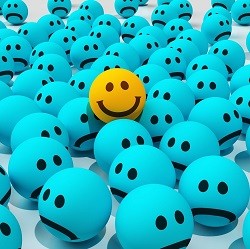 Online poker legislation has been tougher to pass in the United States than most poker players and fans ever anticipated. And it is not going to be an easier in Michigan, no matter the positivity of State Senator Mike Kowall or the plethora of negotiations in progress.

Michigan was a surprise of sorts in the fight for online poker in America. Most energy had been focused on states like California, Pennsylvania, and New York. With years of efforts, discussions, hearings, lobbying, and legislation attempts, those states have overcome quite a few obstacles. Even so, they have yet to pass bills to legalize online poker or casino games because of the remaining complications. Some involve the basic intricacies of politics, but most of the hurdles are a result of special interests.

And then came Michigan in 2016 with a strong bill from Kowall. And it didn’t hurt that his wife, Eileen Kowall, was a lobbyist at a firm that had long represented Amaya (now Stars Group), owner of PokerStars and one of the top lobbyists for legalized online poker in America. Kowall even pushed the bill through the Senate Regulatory Reform Committee with no troubles last year, as it passed by an 8-to-1 vote. That was where it died, on the floor of the Senate, but Kowall came back and did it all again in 2017.

This year, Kowall is not giving up so easily. He is taking criticisms into meetings and hosting negotiations between the factions to be affected by the online gambling bill. And by all accounts, including a spokesperson from the senator’s office, the efforts are sincere to bridge differences and introduce an updated bill later in 2017.

Poker players may think that sounds fantastic. And it does. But the poker community has heard the same story many times before.

Ten years after California lawmakers first began to consider online poker legislation, the issue has become so tiresome and frustrating for many of the stakeholders in the state that it failed to move anywhere in 2017. The only thing of significance that happened this year was the withdrawal of one of the tribes from the PokerStars coalition, which still includes the online poker operator, one tribe, and three major land-based card rooms.

While that is the main issue, the fight essentially remains between land-based card rooms and tribes. Most of the former are in support of or indifferent to PokerStars entering the market at the start of the industry launch, or, at worst, waiting a year or paying a monetary penalty to participate. The majority of the tribal nations, on the other hand, oppose PokerStars in the market whatsoever, as they feel anyone partnered with the company will have an unfair advantage due to PokerStars’ name recognition and years of experience in online poker. Tribes, therefore, will be forced to start from scratch with everything from technology to marketing.

That fight has been the sticking point that prevented legislators from finding enough common ground – even after ten years of negotiations – to push a bill that has a chance of passage.

The key problems with the bills introduced thus far by Kowall in Michigan boil down to the same core concern – not bad actors but unfair advantage.

The current bill, which is S.203, must appeal to the three land-based casino owners as well as the 12 tribes in Michigan with gaming compacts. The original bill provided for only eight online gaming licenses, which is already a problem by way of simple math.

The larger problem, however, is the complications facing tribes that want to participate in the online gambling industry. Since they regulate their own land-based casinos and gambling facilities under their current Michigan state compacts, they will want to do the same for their online gambling sites but must amend their compacts in order to do so. That requires time and effort, so one of the tribes’ demands is to prohibit commercial casino operators from launching their sites until the tribal compacts are amended.

Another issue revolves around the jurisdiction of the tribal online gambling websites. Their casinos thus far are prohibited from taking bets beyond the physical boundaries of their reservations, but a successful online business will require the ability to cater to all residents of Michigan.

All of the issues are included in the current negotiations required to deliver a new draft of S.203.

Michigan legislators, tribes, and casino operators have a chance this year to set a new example. They can show how negotiations can bridge divides and how all factions can come together to create a new industry from which all can benefit.

Arriving at the Michigan state Capitol for #iGaming hearing. Regulation is good for consumers, industry and state. – jp pic.twitter.com/Wq6S0X8D3C

Conversely, the current efforts could become too convoluted, and talks could fall apart as they have so many times in California. Some of the interested parties could stand firmly on an issue, refuse to negotiate, and prompt a complete breakdown of the efforts to legalize online gambling.

At this point, there is not enough information about the talks happening behind the scenes to know which way it will go. Poker players can only hope that Michigan has taken notes from other states’ failures and is prepared to storm the online poker world with legislation that passes in 2017 or 2018.