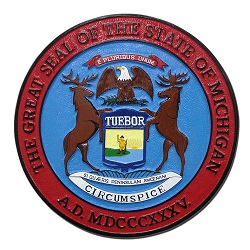 With most of the focus on Pennsylvania and its attempts to pass online gambling legislation, it can be easy to forget the other state working on its own bill. Michigan has been relatively quiet about its legislation as the summer recess took over, but SB.203 is still very much in play.

Bill sponsor and Michigan Republican Senator Mike Kowall has been hard at work on a new draft of the online gambling bill. Though the legislature is in recess for much of the month of August, the parties involved in discussions to make changes to the legislation have been talking with the goal of new legislation to push forward in the fall.

No News is Good News

Kowall first emerged with a solid bill in 2016 in the form of the Lawful Internet Gaming Act, known on the docket as SB.889. A positive Senate Regulatory Reform Committee hearing pushed the bill forward to the Senate floor, but it failed to keep its momentum.

The bills Kowall put forward in 2017 was similar but updated after discussions with Native American tribes, land-based casino representatives, and other interested parties. Numerous other members of the Senate co-sponsored SB.203, which again passed the Senate Regulatory Reform Committee but again died in the Senate.

Industry analysts spoke of a revised SB.203 in motion in early July. Gambling Compliance then reported the introduction of a new and improved bill to legalize and regulate online gambling.

The essence of the bill remained the same, as it put the Michigan Gaming Control Board in charge of creating the framework for the industry, allowed Michigan’s land-based casinos to apply for online poker and casino game licenses, and permitted eventual interstate compacts with other states. However, the changes were more obvious with regard to tribal rights to online gambling, which gave them sovereignty to amend their state compacts so as to take control of the regulations of the sites under their control. While they would be required to observe some of the Michigan Gaming Control Board rules as they pertain to age requirements, geolocation technology, and responsible gambling protections, the tribes would have much more involvement in the process.

Also, according to analysts at Online Poker Report, brick-and-mortar casinos would be required to abide by a 12-month moratorium before launching their online gambling sites so tribes would have time to make the appropriate changes to their state compacts and prepare for launch.

Legal US Poker Sites spoke this week with Dave Biswas, Legislative Director to Kowall. He noted that there has been significant progress on SB.203 in the past several months, and the aforementioned draft of the bill is currently being reviewed by all parties involved. He said the feedback coming in thus far has been very positive.

Poker Players Alliance Executive Director John Pappas told Legal US Poker Sites a bit of a different story, however. He said in a short statement about Michigan’s progress: “Michigan is progressing but rather slowly. The bill was updated a few weeks ago, but not all gaming stakeholders are satisfied with the changes. I don’t think we’ll see any more movement until the end of summer or early fall.”

As legislators make their way back to Lansing in September, Kowall’s office intends to set up meetings with those interested parties, including tribal leaders, casino representatives, members of the Michigan Gaming Control Board, and lawmakers. Those meetings will iron out many of the details that may still be changed before the draft is made final and released to the public.

When the draft is released, details will be made available here, as well as a statement from Kowall about the revised bill and his goals for moving it forward.

There is always the chance that the differences will take longer to iron out than planned, and the entire issue of online gambling may be put on hold until 2018. However, considering the progress that has been made thus far and the continuing talks planned for the coming months, substantial developments could be in the works for the legalization of online gambling in Michigan.