More Lessons for US from European Liquidity Process 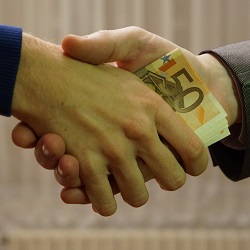 European liquidity should be good example for US

The European countries of Spain, Italy, Portugal, and France are rapidly preparing for online poker liquidity. Within weeks of the four countries signing the agreement to combine their online poker tables for larger player communities and more consumer benefits, the nations are hard at work to put the plan into action. It will not only benefit players but their own economic bottom lines, as online poker revenues have been on a decline for all four markets.

New Jersey is likely watching this process closely. Only three states in America have yet to legalize and regulate online poker – New Jersey, Nevada, and Delaware – and the former still must change its laws to make it easier to share online poker liquidity. Once that happens, however, they will see their own improved numbers. And by paying close attention to the likely successes of the European deal, New Jersey and other states may be able to see the many benefits of liquidity, as well as the relative ease with which it can be accomplished.

Years after legalizing online poker in their individual countries and then considering shared online poker pools, the deal was done in July. Regulatory representatives from Italy, France, Spain, and Portugal gathered in Rome to sign the agreement and discuss their first steps to make it happen, most likely in late 2017 or early 2018.

Within weeks, regulators began to publish instructions for operators that wanted to participate in the shared online poker market. The rules were generally the same for each of the four countries, in that operators had to submit to a thorough company investigation and audit to ensure all current requirements are being met. Once each country knows the extent of their participation in the shared market, the regulators can proceed with more complicated hurdles, such as working out tax decisions and technological logistics.

Portugal is the exception to the investigations, for the most part, due to it having only one operator (PokerStars) that offers online poker in its country. And PokerStars, the largest online poker site in the world, is likely extremely prepared to do whatever is necessary to link to its sites in other countries.

When the participating countries released their online gaming revenues from the second quarter of 2017, the similarities among the four countries were interesting. All showed positive overall online gaming revenue trends, with online poker being the singular most common exception. The segregated markets in Italy, Spain, France, and Portugal have suffered from the restrained player pools.

While internet poker tournament revenue rose, cash game poker was down as much as 13.3% year-on-year in Spain. Cash games can especially benefit from shared player pools, as the larger number of players will allow sites to offer more game selection, more diverse range of stakes, and better options for those playing higher stakes and seeking games from which to earn a living as semi-professional or professional online players.

Of course, tournaments will benefit as well. A larger player base allows an operator to increase the number of tournaments as well as their guarantees, which draw even more players. Series like the World Championship of Online Poker on PokerStars, Powerfest on PartyPoker, and XL Series on 888poker will be able to offer more for every player after liquidity begins.

Portugal may especially benefit, as sites that have yet to enter that particular market may see the benefit of roping in some of those Portuguese players to the shared market and away from PokerStars. Currently, those players have only PokerStars for online poker, and a choice from a site like PartyPoker or 888poker will offer competition and help grow the market.

What’s in it for US players?

US players will have a front-row seat to see how the sites and players deal with a shared liquidity market. The Europeans are going to be the first to combine their individual player pools into a larger one, and their successes will provide a template for potential growth in the American market.

Eventually, the US market will grow. Other states like Pennsylvania and New York, possibly Michigan and Illinois and others, will legalize online poker. While there are already numerous incentives for them to do so, there are fears of the complications of sharing player pools across state lines. But once the European countries work out the snags and show how it can be done, operators will be much more prepared to handle the same interstate poker liquidity when the market grows.

The example of Italy, Spain, France, and Portugal might be fodder for online poker supporters everywhere to have an example to which to point for revenue increases, player satisfaction, and operator profit jumps. It is unclear how it all will play out in 2018 and beyond, but US players will certainly be watching.