Why is Hawaii Cracking Down on Illegal Gambling? 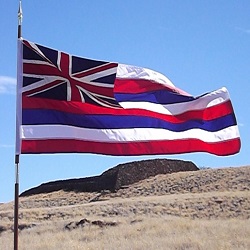 There are only two states out of the 50 in America with no legalized gambling: Utah and Hawaii. The former has a deeply religious population and happily maintains its exception from the gambling culture of the United States. Hawaii, however, has abstained from joining the industry because of the precarious status of an island nation that depends on tourists for its sustainability.

But even Hawaii, with its pristine beaches and unique culture, has taken to considering gambling in the past several years in order to handle budget deficits and ever-increasing costs of living. While land-based casino establishments remain largely off the table in any discussion, some members of the legislature have given some consideration to online gambling.

However, no concrete steps have been taken to allow gambling in Hawaii in any form. And further, in late 2017, it seems that law enforcement is cracking down especially hard on underground gambling.

As gambling becomes more pervasive in various aspects of society on a global basis, Hawaii is not isolated from the trend. That makes the island state even more focused on its image as a tourist destination and eager to keep gambling from tainting its shores.

Honolulu authorities claim there are as many as 100 illegal gambling establishments on Oahu, at present, and the police have been instructed to increase enforcement tactics to break up those games. Raids have taken place at numerous locations within the past month, with more scheduled in the coming weeks. The largest of late was in August with 20 raids handled in one night.

Major Larry Lawson of the Honolulu Police Department’s criminal investigation division told a local reporter, “Game rooms affect people of all ages and social economic levels. We sometimes hear people say that gambling is a harmless form of entertainment; however, we know that game rooms are often the hubs of illegal activity such as drug dealing, robberies, assaults, and homicides that have been associated with game rooms.”

More than 35 people have been arrested thus far in recent weeks on a variety of charges. Landlords allowing gambling in their buildings and people who work at the gambling dens could face felony charges, while people caught as customers in the raids face misdemeanor charges.

Every few years, some legislators get together to drum up support for casinos in Hawaii. They see the casino industry as a way to earn more revenue for the state as well as bringing more people to the islands, especially those from Asia-Pacific countries who could choose Hawaii over Macau or Las Vegas. Many Hawaiians also make numerous trips to Las Vegas each year, so much so that an entire hotel (The California) and many stores in the Downtown LV area cater specifically to them with special food offerings and other Hawaiian specialties.

The overwhelming majority of legislators and Hawaiians tend to oppose the idea altogether, though, so bills never have much momentum or chance of passage.

There has been talk of legalized online gambling in Hawaii as recently as this year. It had little chance of moving through the legislature, however, and it died early in the year.

Hawaiian State Senator Will Espero was the one to introduce SB.677 in January 2017, which was worded to legalize and regulate online gambling. A Hawaii Internet Lottery and Gaming Corporation would be established to oversee the industry and open the possibility of launching a lottery for Hawaiians. Espero’s intention with the bill was to collect revenue for the state’s coffers as well as to protect customers who are currently gambling on unlicensed, black-market sites.

Text of the iGaming bill dropped last Friday in Hawaii can be found here. https://t.co/JngQLOPv7R

Unsurprisingly, the bill showed no signs of life after its introduction, most likely due to the history of anti-gambling sentiment among legislators and islanders alike.

While online gambling and lotteries are more likely to be considered by the Hawaiian legislature than land-based casinos, none are in the cards in the short term. Hawaiians are acutely aware of the state’s image, history, culture, and need to maintain all of those things on a long-term basis. In their view, to allow gambling to infiltrate the daily lives of its people would jeopardize Hawaii’s integrity.