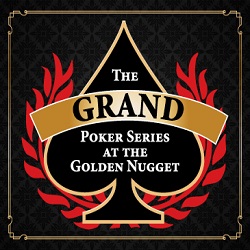 The annual release of the full World Series of Poker schedule allows other poker rooms around Las Vegas to finalize their own summer schedules. This year, as the WSOP 2020 offerings came out in weekly groupings, poker room managers were able to figure out how to compete with key events.

Planet Hollywood was the first poker room in Vegas to release its summer schedule, even before the WSOP finalized its listing. But now that the ice is broken, others will follow. The Golden Nugget in Downtown Las Vegas has done so for its Grand Poker Series.

The options for summer poker thus far are:

—World Series of Poker at Rio

Last year, the Golden Nugget’s massive summer series offered 93 tournaments and more than $3 million in guarantees. This year, the overall guarantee remains “over $3 million” but there are more tournaments. The 2020 Grand Poker Series lists 105 events on its schedule.

Action kicks off on Tuesday, May 26, and it finishes up on Monday, July 6.

The vast majority of the tournaments are single-day events, but there are several reentries and multiple-flight events. Buy-ins range from $120 to $1,100, with the vast majority at the $200 or $250 level.

The Grand Poker Series Championship is #78 on the schedule and will be a $600 buy-in affair with a $500K guarantee on the prize pool. Three starting days will run June 25-27, and the goal is to play it out on June 28. It is notable that last year’s event had a $600K guarantee for the same buy-in.

Though the full schedule is not yet on the Golden Nugget website or in a Google doc, it is on Twitter. Here are some of the highlights:

Seniors action gets underway on June 20 for players aged 50 and over, starting with Event 60, a $250 buy-in NLHE event with a $100K guarantee. The Seniors High Roller event listed above happens on the same day, with the OKJ Seniors Championship the next day. On June 23, a Seniors Omaha Hi/Lo 8-or-Better event has a $10K guarantee, and the action concludes with a Super Seniors NLHE event for players aged 60 and older on June 24 with a significant $100K guarantee.

One ladies-only event will happen on June 18, requiring a $150 buy-in for a $10K guarantee on the prize pool.

More details and structure sheets will be available in the coming weeks.

Ultimate Re-Entry Events have the multi-bag payouts. Structure sheets are being worked on. Follow for updates on release.