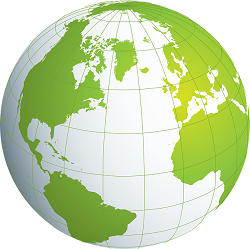 The weekly Global Glance take a look at the online poker scene around the world. What happens with online poker beyond America’s borders can and often does impact the state of online poker in the United States.

This week, Italy stepped up to maintain its place in the upcoming European online poker liquidity launch, and Swiss youth created a grassroots movement to change their gambling laws.

As France and Spain ready their online gambling markets to share internet poker liquidity, and Portugal prepares to join in, Italy seemed as if it might have put its desire to cooperate on hold. While Italian regulator AAMS did sign the liquidity agreement in July of 2017 in Rome, politicians had recently expressed concerns about their country’s participation in the system.

This week, however, Italy made its move. Legislators approved the launch of the application process for another 120 online gambling licenses, approximately 40 of which will simply be renewals. The word was posted in the Official Journal of the European Union. The licensing period will remain open until mid-March and could raise revenues of nearly €24 million.

This gives companies like Winamax the opportunity to enter the Italian market, much like 888poker just did, in order to operate online poker sites that will participate in the shared liquidity project expected to go live sometime in the first half of 2018.

PokerStars is the only online poker site operating in France, Spain, Italy, and Portugal, and it is nearly ready to launch the shared network across country borders. Some players may be disappointed the details, however.

According to Poker Industry PRO and reported by PokerNews, PokerStars will be using its “Seat Me” system, which automatically places players at tables once they choose their game and stake. A company representative noted that the process will cater more to recreational players and prevent professional players from taking advantage of them.

The youth of Switzerland are demonstrating their dissatisfaction with the Money Gaming Act, which is the newest gambling-related law that prohibits foreign online gambling operators from offering services to the Swiss. Further, the law requires internet service providers to block access to offshore online poker and casino websites.

That prompted youth organizations from four Swiss political parties – Free Democratic Party, Green Party, Green Liberal Party, and Swiss People’s Party – to proceed to gather more than 50,000 valid signatures opposing the law. Should they accomplish their task, it would initiate a referendum against certain parts of the law pertaining to online gambling. Having started in October 2017, they are approaching their January 18 deadline next week and are confident they will have more signatures than necessary.

The new framework will provide an opportunity for all gambling operators to join the market but under strict regulations. Implementation now depends upon the approval of the European Commission.