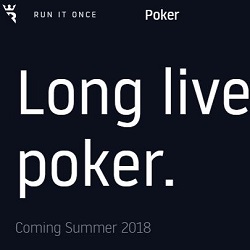 The Galfond Challenge is reminiscent of the old Durrrr Challenge.

Back when online poker was still thriving worldwide in 2009 and Full Tilt Poker was still the place to be for high-stakes games, Tom “Durrrr” Dwan issued a heads-up poker challenge to anyone to play tens of thousands of hands. And Dwan put up $1.5 million to any opponent’s $500K.

Dan “Jungleman12” Cates was the second player to accept the challenge. The first was Patrik Antonius who lost about $2 million and quit.

Cates and Dwan began their challenge in the summer of 2010 and continued for years…and years. By 2017, Cates was up more than $1.2 million, and the two had still played fewer than 20,000 hands. Dwan was the player who kept delaying matches, and he paid hundreds of thousands of dollars in penalties until the match faded into online poker history.

Enter Phil Galfond with his Run It Once Poker site.

“Who wants to play some high-stakes poker with a washed-up ex-pro?!” he asked.

As it turned out, quite a few players wanted to do just that.

Galfond issued the challenge in November 2019. He offered to play Pot Limit Omaha heads-up for at the €100/€200 level or higher. And he offered a range of odds to players, from even money to 4-to-1 on a side bet for the match.

Very excited, but also very nervous to see how I stack up after years off from the game.

I THINK I can do it, but if I find out I’m wrong, this will be a long & expensive few months.

They kicked off the play on January 22 and committed to a tentative schedule of four hours per day, five days each week.

Action began on Run It Once Poker, and the duo livestreamed their matches on Twitch, with Joe Stapleton as the primary commentator.

The very first session saw VeniVidi1993 ahead more than €72K after 655 hands, and Galfond claimed a small victory the following day for little more than €2.6K after 715 hands. It went downhill from there. The next nine sessions were terrible for Galfond, though he did win nearly €88K on February 6.

But as VeniVidi1993 continued pummeling Galfond, the tally got out of hand. Fifteen days of play and more than 9,900 hands put Galfond down more than €900K.

While Galfond initially told the public that he was doing fine and understood well the swings of the game, he then decided to take a break. He noted an “unfortunate run” but also admitted to tilt and “playing scared.” He and VeniVidi1993 agreed to take a break until at least March 1 to get a handle on his depression and loss of hope.

Unfortunately, my downswing in the first #GalfondChallenge has very much continued.

I’m taking a step back to do some thinking. Here’s an update, along with some more of my thoughts: pic.twitter.com/jIcN4Bc1Jz

Nearly two weeks after his decision to take a break from the first Galfond Challenge, Galfond posted on his Run It Once Poker blog: “I’m gonna keep playing.”

Action resumed in the first week of March, and it quickly became clear that Galfond changed his mindset. He won more than €180K on his first session, though VeniVidi1993 booked a win of more than €21K the next day. The two exchanged wins, back and forth until VeniVidi1993 began to Galfond inched toward profitable territory.

By the first week of April, Galfond had taken the lead in the challenge for the first time, but VeniVidi1993 took it back a few days later. He kept it. By the end of the 38th day of action, Galfond showed a deficit of only €8,171.

The final day started with the same pattern, but when they were reduced to fewer than 100 hands remaining left in the challenge, they reduced the action to just one table.

And ultimately, it came down to one hand that changed everything. With Galfond holding the lead and a €7K pot in the mix, Galfond made a bet of pot-sized bet on the river on a 4c-Jd-9d-4d-10s board. The pot held more than €14K when VeniVidi1993 called. Galfond showed Qs-Tc-Td-8d for a full house to win the pot. It beat VeniVidi1993’s lower full house.

A Grateful Champion Plays On

The messages of congratulations covered social media for days. The poker world had not seen a poker battle that close and dramatic in many years, and they were grateful for the action.

Galfond was especially grateful and expressed it in multiple tweets after his victory.

Thank you to VeniVidi1993 for being a fierce competitor, honorable, super easy to schedule and work with, a great sport, and an awesome dude. We’ve already talked about this privately but you have all of my respect and I’m rooting for you vs. the rest of the world.

He also provided some analysis in the days that followed, some afterthoughts and responses to the poker community. One of the interesting pieces of analysis was this graph:

Note: I actually slightly altered this graph by removing some of the final folds because:

1) We folded some blinds back and forth due to disconnects so there were extra hands in my DB
2) Rakeback isn’t included in the graph so it would’ve showed me as down at the end 🙂 https://t.co/bkOHYkOeLl

Two days later, Galfond was ready for the next challenger: Bill Perkins. He was actually the first player to indicate an interest in the Galfond Challenge. The high-stakes player may also substitute players in his Thirst Lounge crew to participate in his place against Galfond.

This poker is being played on PartyPoker, whereas the first challenge took place on Run It Once Poker.

The @PhilGalfond challenge is happening today & the B word is being thrown around. Billionaire. I'm NOT a billionaire. Not Close, & if I live my life right I will never be one because I'm consuming & donating the cash I make commensurate w/ the decay of my faculties #Diewithzero

And on April 27, the next match begins back on Run It Once with Galfond taking on “ActionFreak.” They will play €150/€300 PLO five hours per day, five days per week for 15K hands.