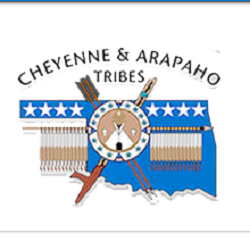 Just days ago, the Iowa Tribe of Oklahoma announced that it received an online gaming license from the Isle of Man and was in the process of finalizing a deal with an “internationally-known brand” with regard to the online poker software involved. A new general manager was also to be announced in preparation for the launch of its online poker site.

Days later, a lawsuit filed by the Cheyenne and Arapaho tribes alleges Universal Entertainment Group, creator of the software used by the Iowa Tribe of Oklahoma for its site, cheated their people out of $13 million in a similar deal.

The details revealed in the lawsuit give some insight into the reasons that the Iowa Tribe of Oklahoma have been working on their online poker site since 2015 with little to show for it but numerous misleading press releases and unrealized launch dates.

Tribal Governor Eddie Hamilton filed a lawsuit last week on behalf of the Cheyenne and Arapaho tribes against Universal Entertainment Group (UEG), owner Fred Khalilian, and his business partners. The case was filed in the Concho tribal court to recoup the $13 million the defendants are accused of defrauding from the tribes. That amount includes $9.45 million that they paid for the Pokertribes-dot-com online poker website that never functioned well enough to launch.

The suit claims that UEG and Khalilian had no legal right to sell the software to the tribes in the first place. A separate lawsuit saw Khalilian sued by a former business partner over rights to the software. Khalilian lost but was able to get that judgement overturned. The lawsuit from the Cheyenne and Arapaho tribes bases its case on the original decision against Khalilian.

Khalilian’s response was to accuse Hamilton of filing the lawsuit for publicity surrounding an upcoming gubernatorial election. He also blamed the Pokertribes online poker venture a failure because of Hamilton’s mismanagement, saying the Iowa Tribe has used the software opportunity to its full potential as they near their official online poker site launch.

Hamilton, on the other hand, claims to be working with law enforcement officials to seek criminal charges against those involved in the alleged fraud. “We continue to aggressively work with federal regulators and law enforcement authorities to bring about the indictment of those who have taken advantage of our tribes and misused our tribes’ gaming revenues,” said Hamilton.

According to the court documents, “The transactions were marked by deceit, greed and utter disregard for the laws and economic well-being of the tribes.”

The lawsuit was filed just days after the Iowa Tribe of Oklahoma made its latest in two years’ worth of announcements. The late-September press release indicated the Isle of Man’s Gambling Supervision Commission issued an online gaming license for the tribe’s PokerTribe-dot-com online poker site.

With a launch window given as “fall” of this year, the license allows the tribe to offer real-money online poker games to international players or those in regulated US territories, which are currently New Jersey, Nevada, and Delaware. It should be noted, however, that those states have not issued a license to the Iowa Tribe, so the Isle of Man license is no good in those states as previously planned.

The Iowa Tribe has spent millions on the online poker project. In addition to the software and licensing, there were unspecified attorney fees connected with taking the Oklahoma Gambling Compliance Unit to court to win the right to operate the online poker business in conjunction with its gaming compact with Oklahoma. The case went all the way to the US District Court for the Western District of Oklahoma, not an inexpensive series of proceedings.

Speaking of software, it is provided by Universal Entertainment Group, which sold the Iowa Tribe much the same product that it sold to the Cheyenne and Arapaho tribes and is now involved in the lawsuit. The name of the site is even different only by one letter.

According to Iowa Tribe Chairman Bobby Walkup, the site is nearly ready to launch, more than one year after its original projected launch date of August 1, 2016. Walkup also announced that the tribe was working with UEG to “finalize the transfer of the online gaming assets” to an “internationally-known brand.” The vague statement accompanied word that a general manager would be hired within 10 days from that announcement.

US players have no reason to be excited about the launch of an online poker site catering to customers outside of the US, and international players likely have little interest in playing on a startup poker site when they have numerous other options in the global market. That means the news surrounding the Iowa Tribe’s venture is getting little press in the poker and gambling world.

The convoluted nature of the software deal, alleged fraud, and multiple lawsuits that have plagued the endeavors thus far are also not a good sign that this will be an online poker site that will appeal to any knowledgeable poker players.