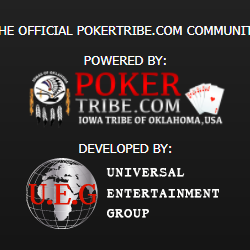 PokerTribe claims to be progressing with IOM license

Reading recent headlines may lead a person to believe that the Iowa Tribe of Oklahoma is prepared to launch an online poker website from the United States with services offered to international players. News reports surfaced this week that the Iowa Tribe obtained an online gaming license from the Isle of Man’s Gambling Supervision Commission and plans to launch the website this year.

Some may recognize this story from last year or the year before. The Iowa Tribe has been in the news for several years with the same announcement of readiness to release this innovative online poker venture to the public.

It has yet to happen.

The Iowa Tribe of Oklahoma, which operates two land-based casinos in the state, announced in 2015 that it was going to become the first tribe to launch an international real-money poker website. PokerTribe was originally planned to cater to international players, those in New Jersey, Delaware, and Nevada, as well as airline passengers and cruise ship travelers.

The tribe won a favorable ruling in the US District Court for the Western District of Oklahoma to offer specific online games in conjunction with its gaming compact with the state. The decision went against the Oklahoma Gambling Compliance Unit, a governmental body that declared the site illegal before the court stepped in. That set plans in motion to launch the dot-com version of PokerTribe in 2016 with poker only, but other games would be added to include bingo, blackjack and baccarat, pull-tabs, and online slot games.

Universal Entertainment Group provided the software for the site. At the time of the ruling, Universal Manager Isaias Almira told the media, “If the judge agrees to the thing, it could be launched within a matter of weeks. I and our entire team have been working on this for many years.”

News came from the tribe in the spring of 2016 that the PokerTribe site would be ready to launch on August 1 of that year. The Oklahoma government had accepted the final rulings in the case, and site operators were working to finalize gaming licenses and payment processors.

Little was heard from the Iowa Tribe or Universal for the first half of 2017. However, a press release brought the PokerTribe venture back into the spotlight during the last week of September. It contained good news and bad news.

The good news was that the Iowa Tribe of Oklahoma secured a gaming license in the Isle of Man. Registered as Ioway Internet Gaming Enterprise Limited, based in the Isle of Man, the license was issued by the Isle of Man Gambling Supervision Commission on September 7. Tribe Chairman Bobby Walkup noted that there was no specified launch date but hoped it would be in the fall of 2017.

The other bit of news was that a major announcement was in the works regarding the software owned by the Iowa Tribe and Universal. “We are in the final stages of the sale and have been working diligently with Universal Entertainment Group to finalize the transfer of the online gaming assets, which includes the software license agreement, to the company that has an internationally-known brand,” said Walkup.

Walkup also added that another announcement was in the works within 10 days regarding the hiring of a general manager to oversee the launch.

The online poker world is noticeably quiet with regard to the site. Skepticism abounds that the site has the marketing ability or name recognition to attract international customers to its online presence, and no players have spoken of involvement in any software testing or consulting. Very few poker media outlets covered the most recent news, most likely because two years of announcements have led to nothing tangible thus far.

Eyes on the Prize

The PokerTribe-dot-com website indicates that play-money action is available via iOS and Android apps. It is downloadable, but this writer has yet to try to use the app. The no-download play-money site on the computer was accessible, but after the log-in, there was only one player on the site. (It was me.)

Per the website, real-money play is on its way, including international in-flight online casino games, in the summer of 2017. And from the “About Us” page, Walkup welcomes players to the site “with website and mobile application capabilities scheduled to launch soon.” He talks about the “in-house software system tht will give you access to our social network websites and our fully functional online security systems to protect your account, identity & transactions from around the world at our state of the art hosting facilities…” He goes on to offer players 50,000 free-money credits to begin playing.

There is virtually no way to know if this site will be available to any players at any time soon. There is a chance that the acquisition of the license will push the venture forward, but with the sale of the software in flux, more delays could ensue.

If the Iowa Tribe of Oklahoma issues further statements, we will update on Legal US Poker Sites.