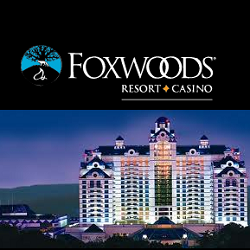 Several weeks ago, Connecticut came out of the shadows with ideas to expand gambling throughout the state. Bills to legalize sports betting and an online lottery were among the pieces of legislation on the table.

The latest development is that Foxwoods, a massive tribal casino entity in the state, came out with enthusiastic support of online gaming and sports gambling at a public hearing last week. The influence of the tribe is powerful in and of itself, but its mix with interest from legislators could form a force that pushes the state to up its ante in the East Coast gaming battles.

On March 15 at the Public Safety and Security Committee Hearing, Connecticut legislators and interested parties gathered to discuss the pros and cons of expanding gaming in the state.

While numerous people spoke and expressed various viewpoints, the testimony from Seth Young, Executive Director of Online Gaming at Foxwoods, gave the most encouragement for those hoping that online poker could spread into Connecticut. From the testimony:

“As we see it, the strongest opportunity for the state is in legalizing statewide iGaming, another activity that is currently operating for Connecticut residents in the black market today. Online gaming has already been permitted in Connecticut for OTB operations, in addition to a law that has been enacted for online daily fantasy sports, which is contingent on agreements with the Tribes. Online gambling includes games like slots, table games, and poker games on mobile or desktop environments. Since iGaming was introduced in New Jersey in 2013, New Jersey has collected more than $126 million in tax revenue. We project the revenue opportunity for iGaming in Connecticut to be greater than the revenue opportunity for sports gambling. Based on our estimates coupled with a pragmatic tax rate, over the course of five years Connecticut stands to collect roughly $87 million in tax revenue from iGaming, at a rate starting at roughly $14.25 million in Year One, escalating to roughly $20 million in Year Five.”

Young went on to use New Jersey’s online gaming success as an example, noting the following points in his testimony:

–Online gaming has proven to be add to land-based gaming revenue, not cannibalize as opponents often say to stir fear in casino executives’ minds.

–Online gaming now makes up 10% of all New Jersey net gaming revenue as of 2017.

–Atlantic City casinos made the turnaround despite the downward trend and intensifying competition in neighboring states like Pennsylvania.

–Online gaming engages a new kind of customer. For example, 91% of Caesars online customers were new to the brand and not previously a part of the company’s rewards program.

–New Jersey has had no instances of minors on its internet gaming sites due to advanced “Know Your Customer” checks, which are already being done with play-money games in Connecticut.

–Technology in New Jersey and other states has proven successful in geolocation to ensure customers are within the state’s borders.

After going into the benefits of sports betting as well, which is admittedly dependent upon the outcome of New Jersey’s case with the United States Supreme Court, Young put the numbers together.

“With iGaming and sports gambling operated together by the Tribes, we project Connecticut will collect tax revenues of $20.8 million in Year One, escalating to $29 million in Year Five, for a total of $127.7 million in projected new tax revenues over five years. We are comfortable standing behind these projections and are comfortable stating that you can book this revenue into the budget for the 2018-2019 fiscal year if we are legally authorized to get both programs up and running.”

The Power Behind the Words

The Mashantucket Pequot Tribe was the first to enter into a compact under the 1988 Indian Regulatory Gaming Act and open its casino – Foxwoods Resort Casino – in 1992. Foxwoods has since formed a partnership with MGM Grand to expand. And its recent agreement with Pariplay to launch an interactive gaming platform with real-money games on Foxwoods properties indicates how anxious the tribe is to use technology to its advantage.

Foxwoods knows that it is not only in competition with Mohegan Sun in Connecticut for gaming customers and dollars, surrounding states are quickly building their gambling industries to draw players across the borders. Representatives like Young know that more needs to be done to increase the Foxwoods customer base and give players more reasons to stay in Connecticut.

It seems that several members of the Connecticut Assembly are interested in putting forth the legislation to expand gaming, whether via sports betting, online gaming, or online lottery sales – or a combination of them all. House Speaker Joseph Aresimowicz, House Majority Leader Matthew Ritter, and Representative Joe Verrengia recently announced their intentions to pursue revenue from new proposals that pertain to gambling expansion.

The three Democrats still need to engender more support, especially with some Republicans, and introduce specific bills to begin formal discussions on the matters. They are supporting a proposal to study the impact of current legal gambling and recommending expansion.

If the testimony of Young is any indication, Foxwoods stands behind the study and any recommendations for expanding gambling, especially via sports betting and online poker and other casino games. The next step is getting to the point of real legislation to make it happen.