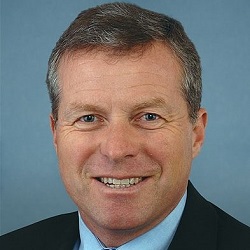 The Restoration of America’s Wire Act is rearing its head once again. An attempt to undermine the right for states to legalize and regulate online gambling is again at risk, this time by a different member of Congress than in past efforts. United States Representative Charlie Dent is rumored to be trying to insert RAWA-type language into an appropriations bill this week.

It is not entirely unexpected that casino billionaire and online gambling opponent Sheldon Adelson has influenced yet another member of Congress through influential campaign donations and money-backed promises. What is surprising is that Dent hails from the state of Pennsylvania, which is currently in the process of passing a massive statewide gambling expansion bill that includes online gambling. It is one thing for the Pennsylvania representative to oppose state-based online poker and casino games, but it is another thing altogether for him to undermine the wishes of his own state legislators on the federal level.

As of this writing, Dent has yet to take any action of which the public is aware. This week, however, has only just begun.

The last several years have seen a number of Adelson’s friends and/or benefactors make attempts to pass RAWA or similar legislation that would institute a nationwide ban on internet gambling. The actions have been attempted in order to stop the states – New Jersey, Nevada, and Delaware thus far – from regulating their own online gambling enterprises, a right that was given to them by the 2011 Department of Justice decision regarding the Wire Act.

Numerous conservative and libertarian organizations have spoken out against RAWA, as a common tenet of those political platforms is advocating for states’ rights. Organizations like the American Conservative Union, Americans for Tax Reform, Center for Individual Freedom, and the Fraternal Order of Police have vocally opposed RAWA, but various members of Congress have sided with Adelson over their constituent-based organizations in order to do Adelson’s bidding.

Adelson and his Coalition to Stop Internet Gambling lobbying group have been pushing various members of Congress to introduce, sponsor, or sneak RAWA into another bill… to do whatever is necessary to pass it and save his casino empire from what Adelson perceives as a threat to his profits.

In 2014, the Restoration of America’s Wire Act made its first appearance as a bill, courtesy of US Senator Lindsey Graham and Representative Jason Chaffetz. They tried for hearings and an attachment to a must-pass budget bill, but all efforts failed. The duo tried to push RAWA again in 2015, both introducing bills and Graham finding support from the likes of fellow Senator Marco Rubio. While Chaffetz took his bill to a hearing, all movement stopped there.

Graham didn’t introduce the bill again in 2016 but did try to sneak RAWA language into a spending bill. Meanwhile, Graham tried and failed – again – to garner the Republican nomination for the US presidency, and Rubio failed in that effort as well.

Adelson found a new ally in Senator Tom Cotton in 2016, and he introduced a bill quite similar to RAWA but focused on the reversal of the 2011 DOJ decision, though it was meant to have the same effect as an outright ban on internet gambling. He found support in Graham and fellow Senator Mike Lee, but the bill failed to garner any real traction.

Desperation in the Air

Adelson has found little success in his attempts to ban online gambling. There is little consensus in Congress to pass a bill like RAWA on its own, so Graham and others have tried to attach RAWA-type language to other must-pass legislation like budget-related bills. Adelson’s funding of Graham and Rubio presidential campaigns were in vain, and his last-minute millions of dollars of support for now-President Donald Trump has been unfruitful thus far. And with the Trump administration mired in scandals and investigations, no online gambling prohibition seems likely in the near future.

Meanwhile, Adelson’s friend Jeff Sessions, who was recently promoted from Congress to the position of US Attorney General, also ran into a wall when Sessions recently had to recuse himself from all things related to online gambling because of Sessions’ connections to Adelson.

Enter US Rep. Charlie Dent. According to Michelle Minton of the Competitive Enterprise Institute, Dent is reportedly trying to include RAWA language in a congressional appropriations bill to ban online gambling on a federal level, removing states’ rights to oversee the matter.

Alert: Rep. Dent will offer approps amendment to ban state-based internet gambling with a vote as early as next week.

If past efforts for RAWA legislation are any indication, Dent’s proposal will fail. Many Democrats do not support such a prohibition, and even a significant number of Republicans are dedicated enough to states’ rights that they will oppose the amendment.

In fact, Congress has had little success with most bills in 2017. The lack of consensus in the House and Senate has prevented most legislation from passing in the first half of this year, with health care as the prime example.

Budgets are a must, however, and with a new deadline of September for a budget to keep the government from a complete shutdown, many in Congress will have to make concessions. Whether RAWA will be able to make the cut and fly through the process to become law is anyone’s guess.

A nationwide ban on internet gambling is unlikely, no matter who sponsors the legislation. But the current administration has been full of surprises for the American public in 2017, so online gambling advocates must be on high alert, paying attention to every movement in the current Congress.