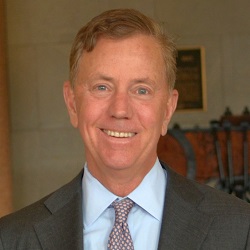 The Mashantucket Pequot Tribe and Mohegan Tribe of Indians of Connecticut both wield a fair amount of influence with the state government. They are the two of five indigenous tribes in Connecticut but the only two with federal recognition.

Their casinos bring in significant amount revenues for Connecticut. In the first 10 years of tribal gaming in the state, the Pequots and Mohegans delivered more than $6.4 billion. In 2019 alone, Connecticut garnered $628.9 million from gambling controlled by the two tribes.

For several years, the tribes have petitioned for the right to offer online gambling. Both offer free-play online gaming sites, ones that highlight their land-based properties but are forbidden from offering real-money games.

Now, in a time when casinos are closed indefinitely due to coronavirus concerns, the tribes wanted to offer real-money gambling online to help with some form of income in this time of economic distress. But no matter the support – unanimous support from the SCCOG – Governor Ned Lamont said no.

The Southeastern Connecticut Council of Governments (SCCOG) is a public agency in Connecticut that represents 22 towns, cities, and boroughs. They join with a united voice on a wide range of issues to coordinate and cooperate with the state government. Their primary focus is regional planning and transportation.

This year, though, the SCCOG took a stand on internet gambling. In its 2020 legislative agenda, the group included support for the two tribes to offer those services. With this, they gave their stamp of approval to SB.21, the bipartisan bill introduced to the Connecticut legislature in February 2020 to legalize internet gaming, keno, and sports wagering by the Pequots and Mohegans.

When those tribal casinos closed due to the spread of COVID-19, the pandemic moving swiftly down the East Coast, the SCCOG wanted to help. (It should be noted that Robert Hayward of the Mashantucket Pequot Tribe is a member of the SCCOG.)

In the group’s April 1 teleconference, member Mike Urgo reminded other members of that support for SB.21 and suggested that the SCCOG send a letter to Governor Lamont. They wanted to urge him to issue an executive order to allow the tribes to offer online gaming to mitigate the financial impact of voluntarily closing their doors. They agreed.

Hayward expressed appreciation for the letter to be written and said both tribes would be able to launch online gaming very quickly if approved to do so.

The Day reported that the SCCOG did deliver the letter to Lamont.

Dated April 1, the letter noted that the Foxwoods and Mohegan Sun Casinos not only shut down but donated their food and facilities to the fight against COVID-19.

“This public health emergency has altered their livelihood in an unprecedented way. We need to do everything we can to assure that they are able to survive now and thrive again in the future. This is why we … are respectfully requesting that you issue an executive order to allow the two casinos to begin utilization of online gaming during this time that they have voluntarily closed their doors. … It will help get people back to work more quickly when the pandemic ends. It will help assure that the many municipalities that depend on revenue from the Pequot Fund are able to continue to receive this much needed funding.”

The Pequot Fund, which is officially named the Mashantucket Pequot and Mohegan Fund and financed by revenue from both tribes, provides grants to many Connecticut municipalities.

The tribes have furloughed nearly all of their 5,000 workers since the casino closures on March 17.

All 22 members of SCCOG endorsed the letter.

Governor Lamont didn’t take long to respond, as his letter to Nickerson was dated April 3.

While he started out saying that he shared the appreciation and concerns for the tribes and their businesses. This was why he deferred the tribes’ monthly slot contributions and regulatory assessments during the closures. His office has also been in communication with both tribes to “coordinate a unified effort with our federal counterparts” to ensure the maximum use of federal stimulus funding.

As we continue to navigate the changes brought by the COVID-19 pandemic, we’re working hard to keep the entire Foxwoods community safe and healthy. Today, we’re bringing you a message from Rodney Butler, Chairman of the Mashantucket Pequot Tribal Nation. pic.twitter.com/uuOmtThSV5

As to the online gambling request, Lamont responded:

“I must decline your specific request. Authorizing online gaming and enabling customers to more easily access gambling is a significant policy decision that has not yet been embraced or acted upon by our legislature. Doing so at a time when so many Connecticut residents are in financial distress would be a particularly significant policy decision to make without legislative approval.

“Moreover, the state has not, and is not currently in a position to, establish and enforce the sorts of regulatory and financial framework that is necessary to implement online gambling.”

He went on to note that there would need to be compact negotiations and amendments – approved by the Connecticut legislature and US Secretary of the Interior – before the tribes could launch online gambling for real money.

Connecticut May Learn a Lesson

The Day published an editorial supporting Lamont’s decision, noting that the complications abound and not something the governor should take on alone.

Even so, the editorial urged the governor to reach an agreement with the tribes regarding sports betting and online gaming when the pandemic subsides. “Post-pandemic, Lamont should make such legislation a priority.”

When State Senator Catherine Osten proposed SB.21 (the Connecticut Jobs and Revenue Act) in early February 2020, it was quickly given a 15-6 vote to draft the legislation for the Joint Committee on Public Safety and Security.

The committee did host a public hearing on the bill on March 3, with statements submitted by everyone from gambling companies to residents and churches, from tribal representatives to university and union representatives. The statement from Rodney Butler of the Mashantucket Pequot Tribal Nation provided great detail as to the benefits of online gambling for the state and tribe.

The vast majority of the conversation revolved around sports betting, though they also discussed online casino gaming. Online poker would likely be included in any legalization of online gambling, though it was not specifically mentioned.

The future of the bill in 2020 is completely unknown. The state legislature will need to decide if it will take up any legislation when they return to session after the coronavirus danger passes.

If members of the legislature do take a look at the online poker and casino game numbers in states like New Jersey, Nevada, and Pennsylvania – how they skyrocketed during the crisis – they might learn the importance of an online component to their state’s casinos.