Does California Have a Cardroom Problem? 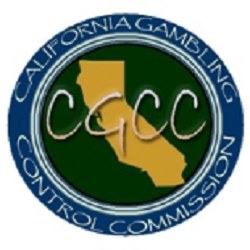 How many California cardroom scandals are too many?

California has 88 cardrooms currently operating throughout the state, not including those inside many of the 62 tribal casino operations. The vast majority of cardrooms run smoothly and legitimately, staying well within the guidelines of the California Gambling Control Commission (CGCC) and federal gambling statutes. However, the number of incidents prompting investigations by the US government’s Department of Justice (DOJ) or the Federal Bureau of Investigations (FBI) has been on the rise and punctuated by several high-profile cases.

The CGCC is always willing to cooperate with federal agencies and withdraw licensing when raids and investigations show just cause, but most cardroom licenses remain intact after said investigations. According to the CGCC website, there are currently 12 cardrooms with pending accusations or issues regarding their licenses. That means that 13.6% of the cardrooms in the state are currently under some type of investigation or scrutiny.

The incident reported earlier this week regarding Artichoke Joe’s Casino in San Bruno, California, was just the latest example of a federal raid and subsequent investigation resulting in a license being questioned. With a hearing to be scheduled to discuss that license status, the casino is currently considering its ability or willingness to pay the $8 million fine assessed by the US Federal Crimes Enforcement Network (FinCEN).

There was the incident of the 500 Club Casino in Clovis, California in August. The 18-table cardroom was investigated by the state for insufficient funds to be operating its poker tables and a lack of cooperation with the CGCC. The California Attorney General pushed for revocation of the club’s license for failure to maintain adequate financing, meaning it couldn’t cover the number of chips circulating at the tables. After three citations, the cardroom was still unable to provide documentation showing otherwise. That prompted the shutdown of the Clovis 500 Club, and though it reopened its doors one week later, there was no gambling allowed. According to the CGCC website, there is an interim renewal license in place, but a hearing to consider the state’s accusations has yet to be scheduled.

The 500 Club Casino will reopen tomorrow morning at 8 am. The Thursday 10 am tournament will resume as well. Please join us!

In the same month, Lucky Lady Card Room in San Diego was under scrutiny for aiding an alleged illegal sports betting operation. In fact, an undercover federal investigation had been ongoing since 2008 and resulted in 14 people indicted in 2016, some of whom were associated with Stanley Penn, who owns Lucky Lady. Another two alleged criminals pleaded guilty to racketeering in August of this year. Many charges in the case pertain to RICO violations, as the sports betting operation was said to have occurred at the cardroom, with money from its cashier cage and by a cage manager. The cardroom was not shut down but operates its 11 tables via an interim renewal license pending a hearing. The California Attorney General’s office has issued a formal accusation that the cardroom is unqualified for continued licensure due to federal charges and its submission of untrue or misleading information to the CGCC.

The most high-profile case of 2017 involving California cardrooms happened in April when the Bicycle Casino was raided by the California Bureau of Gambling Control, IRS Criminal Investigations Unit, and ICE Homeland Security Investigations Unit at the direction of the US Attorney General. As the third-largest cardroom in the state with 185 tables, the news was shocking and even more so to the poker community which has long called the cardroom home for a number of sizeable poker tournament series, as well as live-streamed cash games.

The Bike, as it’s familiarly known, was no stranger to investigations prior to the 2017 incident. It was famously the subject of an investigation when the casino was first built, as the US Drug Enforcement Administration and IRS determined that $12 million from money laundering financed the $22 million construction. It was soon after, in 1991, that the government took partial control of the establishment but sold it several years later to Ladbrokes, though the cardroom is now privately owned.

The 2017 raid saw the coalition of agencies, led by the Los Angeles High Intensity Financial Crime Area Task Force, burst into the casino at 7am and clear patrons from the establishment. The agents reportedly seized “thousands of financial records and launched a money laundering investigation,” per the LA Times. The search warrant had been granted by a US magistrate judge.

UPDATE:The Bicycle Hotel and Casino in Bell Gardens will re-open 3a Wednesday.Gamblers were forced to go home following a raid today. @FOXLA pic.twitter.com/P69iI1YeTb

At the center of the investigation was whether patrons used the club to launder money by using dirty money to bet at the tables in order to exchange winning chips for clean money. The casino only commented through a spokesperson that its management was cooperating with authorities, and it did reopen its doors to the public the following day.

No news has emerged from the investigation since the raid, though its current licensing status with the CGCC shows as “active with conditions.”

How Many Scandals are Too Many?

The CGCC is in continuous communication with other state agencies and federal bureaus to ensure its licensed cardrooms comply with all laws. And as evidenced by its involvement in the aforementioned investigations and many others, it does regularly examine and scrutinize its licensees.

With that said and numerous current land-based cardrooms under scrutiny for some type of alleged violations, state legislators continue to express worry about online gambling – even just online poker – in California. Ten years after talks began to legalize and regulate the games within its borders, California has yet to figure out a way to calm fears and bring all interests together to agree on a regulatory framework that is acceptable to all. Quite possibly, if there are systemic problems within the world of California gambling, online poker delays are a result of deeper concerns than bad actors like PokerStars.