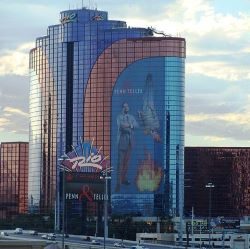 The deal is done. Caesars Entertainment no longer owns the Rio All-Suite Hotel & Casino in Las Vegas. The space that has provided a home for the World Series of Poker since 2005 is now under the ownership of a company called Dreamscape.

Rumors had been swirling for years that Caesars was going to sell the Rio.

But when Eldorado Resorts announced earlier in 2019 that it signed a deal to buy Caesars Entertainment in an $8.5 billion deal, the rumor mill cranked up a few notches.

In the months that followed, the WSOP’s path became clearer. First, Caesars retained the World Series of Poker brand. And second, WSOP VP of Corporate Communications Seth Palansky confirmed that the summer series will again take place at the Rio in the summer of 2020 and even again in 2021.

The Rio will continue to be part of the Caesars Rewards network during the lease term, and the @WSOP will stay at Rio next year. The event remains in Caesars’ control, and is expected to move to a new location eventually.

When Caesars first announced it would sell the Rio, the only thing known about the buyer was that it was an affiliate of Imperial Companies of New York City. That was vague.

In early October, the Federal Trade Commission cleared the sale of the Rio, saying there were no anti-trust issues with the buyer or the sale itself.

On December 5, Caesars Entertainment announced the sale completion and the new owner. Dreamscape Companies, owned by Eric Birnbaum, buys and develops assets in the gaming and entertainment space, as well as hospitality and residential spaces.

Dreamscape bought the Rio for $516.3 million, but a variety of factors dictated that Dreamscape shouldn’t take immediate control of the property.

Therefore, Caesars will operate the property for at least two years, which requires $45 million in rent per year. After the first two years, Caesars can extend the lease for a third year for a fee of $7 million.

This means that the Caesars customer rewards system will remain in place throughout that period. More importantly for poker fans, the WSOP will continue to be hosted at the Rio through 2020 per the press release. There is no confirmation about 2021 from the WSOP or Caesars, but it seems likely to remain at the Rio.

Howard Stutz of CDC Gaming Reports spoke to Birnbaum about his intentions for the Rio, and he was rather vague but hopeful. And he dispelled the rumor that he was going to tear down the entire property and build a baseball stadium in the hopes of Las Vegas attracting a Major League Baseball team.

“I love baseball,” Birnbaum said, “but this is a campus with a building and a location that has unbelievable potential. … “We see the potential that we can ultimately create an oasis that is close to the heart of the Strip.”

While Birnbaum didn’t commit to anything in particular, he alluded to plans taking shape behind the scenes. “We have a long runway ahead of us, and we’re not ready to give away all the secrets. Suffice to say, whatever we do, we will reimagine the property.”

$516.3 million sale-leaseback of the Rio closes; buyer says Las Vegas resort ‘has unbelievable potential’ – 'We see the potential that we can ultimately create an oasis that is close to the heart of the Strip' https://t.co/oLbDSLkaIn @CDCNewswire @RioVegas @CaesarsEnt pic.twitter.com/TzDsu11ajr

The aforementioned deal for Eldorado Resorts to acquire Caesars Entertainment became official in June 2019 after news of discussions between the companies emerged in March.

The original expectation was that the deal would be final in the first half of 2020. That remains the hope.

In mid-November, the stockholders of both companies approved the transaction. Various approvals by regulators in individual states remain outstanding, but the Missouri Gaming Commission became the first to give a thumbs-up to the deal. The Nevada Gaming Control Board has yet to rule on the matter. In addition, the Federal Trade Commission will need to approve the deal.

All parties still expect the deal to become final in the first half of 2020.