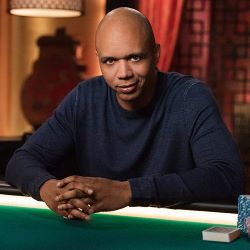 There had not been a peep about this case since the end of September of 2019. The Borgata’s case against Phil Ivey and co-baccarat player Cheng Yin Sun began in April 2014 and stemmed from a series of incidents in 2012.

It had been contentious, sometimes complicated and other times sneaky. It involved Ivey losing his original case – not to mention losing a similar case in the UK Supreme Court – and the Borgata Casino in Atlantic City trying to seize Ivey’s assets and garnish his WSOP winnings in 2019. Other poker players then stepped in to say that most of those winnings belonged to them.

Ivey didn’t look to have much of a leg to stand on.

Everything went silent through the rest of 2019, at least on the official court record, and well into 2020. And then, NJOnlineGambling.com discovered that a new document appeared in the case, one indicating a settlement that may end the years-long battle.

Trials and Tribulations of Ivey in Court

It was a crazy summer for Ivey and his baccarat partner Cheng Yin Sun. They played high-stakes punto banco at Crockfords Club in London and high-stakes baccarat at the Borgata in Atlantic City.

At Crockfords, the duo initially lost £500K but then began to play higher and asked to use the same cards, among other requests of the dealers. Crockfords staff obliged, and Ivey and Sun won £7.7 million, in addition to the £1 million they brought in to play.

Crockfords paid back the £1 million but said it would wire the rest to them later. The card club, however, believed that the two players used edge sorting, a technique by which players can use flaws in card-back patterns to memorize cards. Casinos frown on it, though it is not illegal by law. When Crockfords didn’t pay, Ivey and Sun sued the club in 2013.

The London High Court ruled against Ivey in 2014, as did the Court of Appeals in a subsequent decision. The case ultimately traveled to the UK Supreme Court, which ruled against Ivey and Sun in late 2017. The justices ruled that Ivey didn’t have to show intentional dishonesty to cheat. Rather, an unspoken betting contract between players and casinos implies that neither party will cheat, and Ivey breached that contract. The justices determined Ivey’s claim that his behavior was honest was untruthful, and that Ivey staged “a carefully planned and executed sting.”

Meanwhile, at the Borgata in Atlantic City – also in 2012 – Ivey and Sun played several sessions between April and October. They won each time, and Borgata paid them, which came to a total of approximately $9.6 million.

The Borgata wasn’t happy and watched the UK court proceedings, eventually deciding to sue Ivey and Sun in 2014. The baccarat duo countersued the following year for nearly $10 million. The initial federal court ruling decided that the Borgata didn’t prove claims like fraud but did show that Ivey and Sun breached their contract to play fairly. That judge ruled that Ivey and Sun needed to return the $9.6 million in addition to other money they won at the casino…to the tune of $10.1 million.

All About the Benjamins

Ivey and Sun appealed the ruling, as expected, but motions upon motions pushed the case forward for years in the US Court of Appeals for the Third Circuit.

In 2018, Ivey and Sun told the court they could not pay because of the “devastating impact” of that payment, though the Borgata argued that Ivey could do it if he simply played his normal poker tournaments for lower buy-ins. The casino asserted that Ivey was “not in danger of being prevented from playing poker.” The judge agreed.

All the while, Ivey delayed the payment with further motions and allegations. Nevertheless, the Borgata wanted its money and tried to pursue his assets, knowing Ivey could have been worth as much as $100 million. But every street was a dead end, as he appeared to liquidate some of his assets and put the others out of the US and out of reach.

Last year, when the World Series of Poker was still a live poker thing in Las Vegas, Ivey played the $50K Poker Players Championship and finished in eighth place for $124,410. The Borgata wanted that money and worked with the Nevada courts to stop the Rio from paying Ivey that money. The WSOP and Caesars did obey the writ.

Confirmed that the Borgata was successful in having Phil Ivey's $124,410 eighth-place payday in the $50K PPC garnished and sent to the US Marshals Service for later disposition. https://t.co/n5fgliqEda

More complications ensued when Daniel Cates and Illya Trincher, two poker pros and backers, claimed that they paid Ivey’s $50K buy-in to that WSOP tournament. Therefore, a portion of the confiscated money belonged to them, and they petitioned the court for it.

It was a serious mess.

Possible End to All the Drama

On July 2, the parties in the Ivey/Borgata matter filed a joint motion in the US Court of Appeals for the Third Circuit. They all moved for a stay of the proceedings and partial remand to the District Court.

“The parties participated in the mediation program, and they have now reached a settlement.”

Obviously, the terms of the settlement are unknown. They may never be known.

It seems likely that Ivey and Sun will pay a portion of the $10.1 million to the Borgata, as the casino was likely unwilling to settle without some payment.