BetOnline is Back with Bigger Online Poker Series 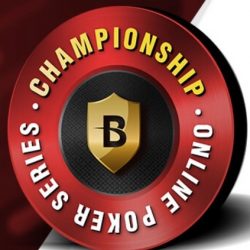 The series is called the Championship Online Poker Series (COPS). It runs on BetOnline and Sportsbetting.ag, two popular online poker sites that share their poker player pools. And that series is back, only this time with more tournaments and bigger guarantees.

In May, amidst the coronavirus pandemic that relegated most people around the world to their homes, BetOnline and Sportsbetting.ag ran a COPS series with 80 tournaments and more than $2 million in total prize pool guarantees.

Today, as much of the world remains wrapped in the uncertainty of Covid-19 and its trajectory, players are still seeking poker from the comfort and safety of their homes.

With that in mind, the sister sites announced another edition of their signature COPS, this time with $2.5 million in guarantees across a series of 100 tournaments. And what normally runs for two weeks will now span three weeks in September.

And it all gets underway next weekend.

The latest edition of the Championship Online Poker Series will kick off on September 7, part of Labor Day weekend in the United States. And it will run its 100 tournaments through September 27.

Over the course of those 21 days, COPS will offer more than 100 tournaments with buy-ins starting as low as $1.10 and as high as $530. (The original intent was to put up 100 tournaments, but requests for varying buy-ins and alternative structures, the tournament now shows 162 tournaments.)

The highlight of the series, as usual, will be the COPS Main Event. This time, however, there will be several of them, all running on September 27.

There are satellites running all over BetOnline and Sportsbetting.ag as the series approaches. Players can qualify for seats at a fraction of the actual event buy-ins.

However, there are also numerous “freebuy satellites” listed on the official schedule. These will be freeroll tournaments with guaranteed prize pools – a guaranteed number of seats.

For example, the first several offerings provide some insight:

This will give players a chance to play for substantial prize money at absolutely no cost.

When COPS actually begins on September 7, the schedule for that day shows the type of options players will find throughout the series:

(All times are Eastern.)