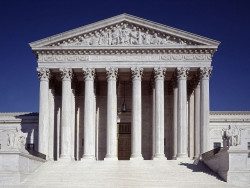 Is Monday, April 30, the day for the decision?

For the sports bettors, the wait has been a long one for the decision of Murphy v. National Collegiate Athletic Association. They have been watching announcements from the United States Supreme Court for several months, hoping for a decision in favor of New Jersey and its bid to offer sports betting.

The entire gambling industry in America has been watching. A favorable ruling for New Jersey could mean the chance for every state to legalize and regulate sports betting, should they choose to do so. The expansion of betting will not only impact casinos and racetracks across the country, but it has the potential to inspire states to expand into other forms of betting, such as online poker.

And as another week, another month passes, the chances of a decision on any given day is closer.

Sweating @SCOTUSblog every other week is something I am sure we will all miss.

No Schedule for SCOTUS

The Supreme Court of the United States (SCOTUS) announces most of its decisions in the spring, typically anytime between February and the end of June.

Oral arguments for Murphy v. NCAA were heard on December 4, 2017. According to the SCOTUS blog, there is a procedure that follows, starting with the justices taking an initial vote on the case. The most senior justice voting in the majority can decide to write the opinion or assign it to another justice in the majority. There could be a change at some point during the writing of the opinion, as a justice could reverse opinion, in which case the opinions are reassigned if necessary.

There are no advance notices to anyone before a decision is announced. The attorneys, plaintiffs, nor defendants know in advance if the ruling will come on a particular day.

Reporters and even anxious attorneys are welcome to attend a SCOTUS session on any day of the week in anticipation of a decision, but there are no guarantees. The author of each decision will announce that ruling from the bench, and it is done in reverse order of justice seniority.

Mondays are typically busy days for SCOTUS decisions, but as the spring wears on, announcements can be made on Tuesdays, Wednesdays, or Thursdays as well.

Is this Monday the day for #repealPASPA? Don't ask me why, but I have a feeling SCOTUS might finally release its opinion on the sports betting case next week.

The last day of the SCOTUS term is June 26, but that is flexible if all decisions have not been released. Generally, however, most decisions are handed down before the end of June.

What’s in a Name?

Those paying close attention to the case through the years will notice that Murphy v. NCAA was previously Christie v. NCAA. This is because Governor Chris Christie of New Jersey was the representative of the state when the case was accepted by the US Supreme Court. Christie is no longer the state’s governor, however, so now-Governor Phil Murphy takes Christie’s place in the case.

Christie still has a sincere interest in the outcome of the case, and he will likely be vocal about the decision. Murphy now has a vested interest, though, because it is his state that will be on the winning or losing end of a major gambling decision.

The entire process of trying to legalize sports betting started in 2011 when voters approved a constitutional amendment. The next year, the New Jersey legislature passed the 2012 Sports Wagering Act, which Christie signed. That led to the NCAA filing suit against the state, and the US District Court ruling in favor of the NCAA took it to the US Court of Appeals and then on to the US Supreme Court.

New Jersey has not won any legal decision thus far but hopes it will win the one that ultimately matters. The attorneys who argued for the state felt confident after the oral arguments on December 4, but the justices could obviously rule either way.

Seven years after New Jersey put the ball into motion, it will land somewhere in the next month or two.

Of course, everyone from the occasional sports bettor to the owners of American professional sports leagues have an interest in the SCOTUS decision. Nevada’s entire gambling industry may be affected. Tribal and commercial casinos around the country will have decisions to make. Legislators in most states will be faced with decisions. And sports leagues will need to come to grips with a new era of sports in America should the court rule for New Jersey.

One of the side-effects (intentional or not?) of the #SCOTUS delay in the sports betting decision: many state legislatures will recess prior to the last week in June, and (with few exceptions) are unlikely to legislate with an uncertain outcome. Only 1 state has acted this year.

Online poker fans also have a player in the game. There are many ways that sports betting expansion in the United States could positive impact online poker and other internet games. If states decide that sports betting can take place online safely and securely, this eliminates many arguments that have been used against online poker due to fears of unreliable geolocation and age verification tools. And in a remote way, online poker could be attached to gambling expansion bills in numerous states and benefit as an outlier in a larger vision for gambling.

The result has implications far beyond New Jersey’s borders and the world of sports betting. This is why so many eyes and ears will be glued to the SCOTUS blog in the weeks to come.

Readers interested in trying to forecast the outcome in Murphy v. NCAA (fka Christie v. NCAA) can do so with @GoodJudgment at this link: https://t.co/NpEnFmRH2R