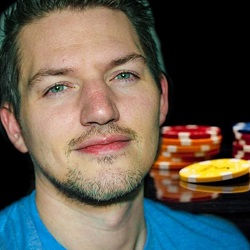 There are always poker players who cannot believe their luck. Therefore, since they believe they play hands perfectly but lose more than they win, they have one fallback reason for it all; the online poker site is rigged!

I really think Global Poker might be rigged. There is no way some of these run outs are real

Many people laugh off this tired phrase, as it’s never really taken seriously by anyone other than conspiracy theorists. The long-term damage done by the “poker is rigged” claim, however, is that when there is actual cheating happening on a poker site, it becomes ten times harder to prove. “Oh,” they respond, “so you’re saying poker is rigged?”

When players began to allege cheating at Absolute Poker in 2007, the operator – Cereus Poker Network at the time – quickly downplayed the claims as the bad luck of players masked by “rigged” claims. But the players who conducted their own investigation of the matter documented all of their extensive research into graphs and detailed accounts that could not be denied. It all pointed to superuser accounts, ones used by an insider at the company to view players’ hole cards and play based on that privileged information. Ultimately, the Kahnawake Gaming Commission that licensed the network conducted its own investigation and determined that an employee cheated, which led to Absolute Poker issuing nearly $1.6 million to victims, $500,000 in fines to the regulator, and years of public relations campaigns to try to save the brand.

Now there are allegations of cheating at Americas Cardroom, but the majority of responses come from skeptics who want proof beyond a shadow of a doubt.

Americas Cardroom is the flagship site of Winning Poker Network, a collection of online poker sites that appealed mostly to American players after Black Friday. The offshore site accepts players from most states, and it has mostly stayed in the good graces of its players.

He then posted a video on his YouTube channel alleging collusion, cheating, and the use of bots and superusers on Americas Cardroom. He pointed out a number of screen names from high-stakes PLO tables and tournaments that he believed were suspect.

Ingram alleged that late registration in tournaments can be exploited by players being seated at the same table, colluding and then dumping chips. He alleged that players with banned accounts show unrealistically high win-rates and named the players he felt had suspicious rates of winning, sometimes between 80% and 90%. He claimed to have witnessed plays that he attributed to bots and superusers.

All in all, Ingram understood the skepticism about his claims, but he appeared quite alarmed by what he discovered through his research, and he felt it was his duty to expose his findings due to his former personal promotions of Americas Cardroom. “I want to be wrong about all of this,” he confessed in a forum post. “I wish I didn’t care about this; there really is no incentive for me to post about it.”

The staff at Americas Cardroom did admit that the tournament registration loophole was a glitch that Ingram brought to their attention, and they have taken steps to stop it.

I need @ACR_POKER to keep this same energy when it comes to the bots, cash collusion, investigating cash game accounts, tournament collusion & fixing the loophole. https://t.co/J7qjCXGkLy

However, Ingram continued to pursue his concerns due to numerous accounts who have exploited the loophole, only a small percentage of whom had been banned. He claimed that the loophole was not being fixed, and Americas Cardroom did not do enough investigating to figure out which players were tied to the exploitation of the loophole, which ones benefited, and which ones continue to play undeterred.

And Ingram followed up with this, addressed to Winning Poker Network CEO Phil Nagy:

Essentially, he claims that Americas Cardroom is trying to placate him and spread enough doubt about the allegations that he will drop the topic altogether. Ingram is convinced that the network’s management is not taking it seriously enough and still allowing many players to exploit weaknesses on the site. The statement released by the network was not convincing to Ingram or those who believe him: “The Winning Poker Network is thoroughly investigating all claims recently brought to our attention through social media channels regarding alleged unfair gameplay practices from certain accounts on Network brands.”

Investigative Papi on the Case

Ingram dubbed himself “Investigative Papi” on Twitter and continues to research on Americas Cardroom for more proof to back up his claims.

Much of this is eerily reminiscent of the Absolute Poker scandal from more than one decade ago. The onus was on the players to find enough proof to convince the majority of the poker community, which then led to keeping much public pressure on the site’s management until something was done. Added pressure came from the Kahnawake Gaming Commission at that time, as the site was accountable for its license.

Many poker players are pulling for Ingram. Others don’t want to believe it, as it is one of the few online poker sites left to accept American players.