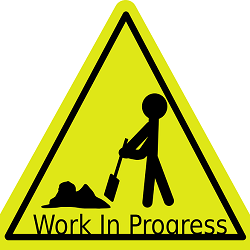 Pennsylvania is broke. Bills are being deferred, payments are delayed, and the state is in dire need of a finalized budget. While every solution is being debated to death, online gambling is still not being fully utilized for the solution it could provide.

The Good and the Bad

The good news is that online gambling is closer to being included in the final budget. Money from online poker and casino operator licensing fees is now being touted by Republicans as well as Democrats as a solution for at least $200,000 of the $2.2 billion deficit. That indicates that members of the House and Senate on both sides of the partisan aisle know that online gambling is a reliable source of income from the start.

The bad news is that the gambling expansion bill that would officially legalize online gambling and provide the authority to regulate it seems to be off the table. Both the House and Senate passed versions of the bill months ago, but supporters of video gaming terminals (VGTs) continue to insist on including it in the legislation, which the Senate will not support. Thus, the bill is in stalemate mode and may not be passed this year, as the VGT debate continues to be contentious.

The Pennsylvania budget debate has been going on for months. While some debate took place throughout the legislature’s summer recess, it has been heating up as legislators planned to return to Harrisburg to put in full days of work. All the while, the gambling expansion bill was on the back burner, warranting very little discussion as a way to fill part of the budget deficit.

Senators officially returned to work today, on the 80th day of the stalemate. They held a two-hour meeting to discuss the budget funding plan that the House Republicans submitted last week. That plan included a variety of solutions to the deficit, and though it didn’t include the passage of the gambling expansion bill, it did commit to using $225 million of potential revenue from said new gaming income in the plan. The Senate Republicans have numerous complaints about it, though, and seek to make changes to it. Those changes will then be submitted back to the House. The game will continue until both houses can agree on the details and pass it.

Bill now moves on to Senate where you can expect further amendment, hopefully in consultation with House

At a glance, it seems that the GOP leaders in both houses want the online gambling revenue license fees, those to be initially collected by operators seeking to participate in the yet-to-be-legalized online gaming system and amounting to more than $200 million.

The problem comes in when the Democrats must vote on the budget plan, too. Should a plan pass with no new taxes to fund it, Senate President Pro Tempore Joe Scarnati, a Republican, suggested that Democrats will block the gambling expansion legislation to leave that $200-million hole in the deficit plan. It is unclear if the VGTs have anything to do with the Democrats’ intention to block the bill.

Meanwhile, there is no money for the government to spend. The budget was passed in July, but without Governor Tom Wolf’s approval of coverage for the deficit, the money is not there. Scarnati said, “We’re out of money. I don’t know by any means you can put lipstick on that or spin that any way to make it look better or sound better. But we’re out of money, and we’ve never been in this position before, being out of money.”

In summary, online gambling revenue is likely to make it into the final budget plan, but the same thing happened in 2016 as well, and no bill was ever passed to make the industry official. And even if the gambling expansion bill is put up for a vote, there may be enough opposition to defeat it over the VGT issue and scrap the issue until next year…again.

#HB271 still hasn't passed into law for the #PAbudget. As a reminder, the offshore market is making $$, not PA. https://t.co/PscAjFxdkv

The possible silver lining is that Pennsylvania legislators cannot overlook the fact that New Jersey, one of the state’s neighbors on the East Coast, is raking in tens of millions of dollars each month as a steady and ever-growing stream of revenue from online gambling. The industry has generally stabilized, and it is growing. The latest numbers from August show a 32% increase in online gambling revenue from the previous year. The $21.3 million collected in August marks the sixth straight month that New Jersey has collected more than $20 million each month from the industry.

Online poker and casino fans can only hope this happens in 2017 and not put off for yet another frustrating and disappointing year.