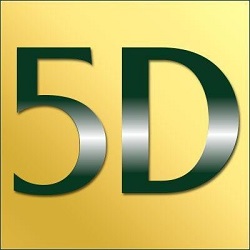 The news of a settlement between 5Dimes and United States Department of Justice was surprising to some in the online sports betting and gambling industry.

The 5Dimes brand became a popular site for US players after Black Friday. The major sports betting and internet gaming operators departed the US market after that April 2011 bombshell of indictments and seizures, so 5Dimes stepped in. Whether characterized as brazen or opportunistic – or both – 5Dimes moved into a market that craved an option.

However, the US government didn’t begin its investigation into 5Dimes until May 2016. From there, the Justice Department built its case, which resulted in a settlement on September 30. The company and its owner’s widow agreed to pay $46.8 million.

Further, 5Dimes is preparing to enter the American market.

Did we mention that the owner died under mysterious circumstances in a kidnapping and murder ordeal in 2018?

Let’s take a closer look at 5Dimes and how the company came to settle with the DOJ.

The name may be a familiar one because 5Dimes was one of the very first online sports betting websites in the world.

William Sean Creighton was born in America but relocated to Costa Rica in the 1990s. A sports betting fan, he wanted to create an online space for bettors to place wagers online…before most other companies were doing so. So, he founded 5Dimes in 1996.

The primary focus of 5Dimes was to be a premier online sportsbook, though it also offered online casino games and even online poker for a time. Creighton aimed his business at players in countries like the United States, which had no legal online sports betting options and seemed intent on keeping it out of the American market.

Players seemed to love the no-frills 5D product with lucrative promotions and less juice than most of its competitors.

Creighton was a hands-on CEO of 5Dimes. For more than two decades, he took a front seat in the company, becoming involved in aspects of the business like customer relations and promotions. Creighton well known amongst people in his industry and customers alike as “5Dimes Tony.”

In October 2018, when Creighton was 43 years old, Costa Rican media outlets reported him as a missing person. He had, in fact, disappeared on September 24, several weeks before the Costa Rica Star first reported the story. When he left his office that evening, he drove a coworker to the Curridabat area and then disappeared.

The country’s Judiciary Investigative Police (OIJ) began an investigation. The law enforcement body admitted they had limited information but said Creighton had been kidnapped and was being held for ransom.

Authorities investigating the disappearance of owner of offshore sportsbook in Costa Rica: https://t.co/9ov0a8Sqx1 via @CostaRicaStar

Details came slowly in the days that followed. Creighton disappeared after dropping off his coworker on the evening of September 24. His wife reported him as a missing person the following day. Police found Creighton’s Porsche Cayenne crashed in Heredia.

Rumors swirled. One was that his wife showed up at the police department to report her husband missing, and she was accompanied by two men she claimed were “American investigators.” Another was that she paid a ransom of nearly $900K in cryptocurrency but did not receive information about her husband’s whereabouts.

By October 20, 2018, the Costa Rica News reported that the September 24 incident had been much more detailed. Another car forced Creighton’s Porsche off the road, and four men abducted him. They called his wife that night with a demand for approximately $750,000 in bitcoin. She paid.

Even so, the men killed Creighton, and the OIJ found his body on October 20.

The Body of US Expat and Sportsbook Owner “5Dimes Tony” Found in Costa Rica https://t.co/LwtKCX23PL #CostaRica

Some Answers in Year that Followed

In January 2019, authorities arrested 12 people in connection with Creighton’s death. Costa Rican police found nine of them in a house in Costa Rica. The other three had been hiding out in Cuba but then flew to Spain, and they were arrested at the Madrid airport and extradited back to Costa Rica.

The suspects included men in their 20s, one of whom masterminded the crime. His mother and his wife were also participants in the plan.

The story was a mess from the start, ripe with rumors and unconfirmed details, false reports and misrepresented activities. In defense of American journalists, though, it can be difficult to obtain accurate information and backup materials from a foreign government. And Costa Rica isn’t known for its – ummm – transparency.

Regardless, the story of 5Dimes Tony was a tragic one.

By the time Creighton was kidnapped and murdered, the United States government had already been investigating 5Dimes.

The Department of Homeland Security (DJS) was already working with the US Attorney’s Office for the Eastern District of Pennsylvania to target 5Dimes and its business with US customers.

In March 2016, DHS applied for the court’s permission to seize more than $150K in a total of 15 Amazon accounts. In doing so, they admitted that $1.9 million had passed through those accounts to that point in time.

To make it easier for US-based players to place their sports wagers on 5Dimes, the operator instructed players to buy Amazon gift cards, provide the information to 5Dimes, and the site would pay out winnings to those cards. Players were even offered bonuses for using this method of payment processing.

The DHS seized those Amazon accounts connected to 5Dimes. However, that seemed to only be the start of the investigation into the sportsbook and online gambling operator.

Two months after that reported Amazon account seizure, the US Attorney’s Office for the Eastern District of Pennsylvania worked with the Department of Homeland Security Investigations (DSI) to look into Creighton and 5Dimes for violating US criminal laws, including “illegal gambling, money laundering, wire fraud, and other related offenses.”

US Attorney William M. McSwain revealed this on September 30, 2020, when he announced a settlement with 5Dimes to resolve said criminal investigation into 5Holdings, the company’s official name.

The settlement also included Laura Varela, Creighton’s widow and Costa Rican citizen. While she never worked at 5Dimes or assumed day-to-day control of the company after her husband’s murder, she did step up to seek a resolution with the US government. The primary reason was that she wanted to operate the company in compliance with US laws to possibly enter the US market.

As for the US Attorney’s findings, the office determined that Creighton operated the company in violation of US laws from 2011 through the date of his death in 2018. However, he did so through an alias and several shell companies. He also used third-party payment processors to accept payments from US bettors. Besides the aforementioned Amazon gift card scheme, 5Dimes also used credit card transactions but misrepresented the nature of the charges so US banks would process them. Further, Creighton laundered gambling proceeds via “bulk cash transportation and the purchase of gold bars, gold coins, and expensive collective sports cards.”

In total, McSwain alleged that 5Dimes transferred more than $46.8 million in illegal gambling proceeds “in such a manner as to attempt to hide the nature, location, source, and control of the funds.”

At an unknown time during the HSI investigation, those authorities seized $3,376,189 in cash and other assets from Creighton. This included more than $715K worth of rare coins, and two high-dollar baseball cards, one of which was the 1948 George Mikan rookie card worth approximately $400K and now on display at the Smithsonian Institute.

Costa Rican police also seized approximately $2 million through its investigation, though the time of that seizure is not specified.

What is known is that McSwain and Varela agreed to a settlement to close the case.

Varela agreed to forfeit all HSI-seized assets to the US government and the $2 million seized in Costa Rica. She agreed to help the US Attorney’s Office collect and 5Dimes to forfeit more assets that will total more than $26 million. And she will forfeit another $15 million as a part of the Costa Rican investigation.

In total, Varela and 5Dimes forfeit $46,817,880.60, which reportedly equals the amount of traceable transactions that violate US laws pertaining to wire fraud, conspiracy to commit wire fraud, money laundering, and the illegal transmission of gambling information.

Online sportsbook 5Dimes has agreed to $46.8 million settlement with US authorities, plans to enter American betting market. Story to follow.

In return, the United States will not prosecute Varela or 5Dimes for heretofore stated crimes prior to September 30, 2020.

What the Parties Said

McSwain declared the settlement a victory for the United States and the stop of illegal activity and numerous crimes, “including a sophisticated money laundering operation.” He added, “It is also a testament to the dedication of the investigators and prosecutors who doggedly pursued this case even after the primary target was kidnapped and murdered.”

Varela commented in a press release:

“It has been a very difficult two years for me and my family. But today marks a pivotal turning point and a fresh start for me and the 5Dimes brand, as well as a milestone for the legalization of sports gaming in the US. My husband’s death was tragic, but he loved 5Dimes and all of its loyal customers. Now his spirit will be able to live on as the 5Dimes brand begins this new chapter.”

Rumors to Reality Regarding US Market Entry

In early September, 5Dimes posted a message on its social media pages and the website itself. “Immediate action required from all U.S. customers,” it read. While the next sentences announced a new business venture “with the evolving legal landscape in the United States,” many American players only saw the next line about suspending services to the US market.

A claims administrator would take over funds on September 30. Accounts unclaimed by one year from that date – by September 30, 2021 – would be abandoned.

Players who requested payouts found they were handled expeditiously. Some chose to transfer their account balances to a site called BetAnySports.eu, an offshore sportsbook and online gambling site based in Costa Rica.

It didn’t take a scholar to figure out that 5Dimes likely worked some type of deal with the US government to enter the market. But to have operated offshore for so many years and then gain entry with one settlement seemed odd.

However, Creighton’s death paved the way for Varela to do it on her own terms, separate and apart from the 5Dimes run by her husband for decades. Talks may have begun as soon as Creighton disappeared but definitely after Costa Rican authorities found his body. The DOJ memo noted that Varela “fully cooperated with the investigation by identifying criminal assets, implementing compliance procedures, and reorganizing the 5Dimes corporate structure into a transparent one.

Varela is now consulting with “a team of trusted advisors” to find the best way to relaunch the sportsbook and online casino in states wherein those activities are regulated by the state governments.

What’s Next for 5Dimes?

There are many possibilities for the company, the first of which will likely be to apply for licensing in a state like New Jersey or Michigan, West Virginia or Pennsylvania. Those states offer online casino games as well as online sports betting.

Varela could run the company or sell it and retire to a very comfortable life.

The company also recently pulled out of other markets, as Online Poker Report explained. However, regulations and requirements differ from country to country, and 5Dimes must still prove itself to be a now-compliant and law-abiding company.