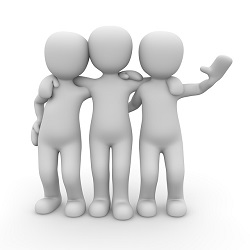 It happened. Online poker liquidity has launched to connect three states for the first time in the new American regulated market.

It was not without its glitches and snags, but uncharted territory must be navigated carefully and slowly. But the overwhelming sentiment from players is excitement about the merge of the three states and the opportunities to come from it.

Thank you @WSOPcom for finally doing this merge. It's like an explosion for tournament players. I feel like I'm at a buffet and everything looks so good I want one of everything.

The only poker site available in all three states is WSOP.com, so that was the operator with the green light to launch in the tri-state market.

It started in the late hours of April 30, when WSOP took its Nevada poker site down for several hours to upgrade the system. Since Nevada and Delaware players were the ones who needed to sign up for new accounts on the improved site, it was important to upgrade first. The result, however, was that it did put some players in the position to have to completely uninstall the old version of their WSOP programs in order to cleanly install the new one.

If you’re getting the old software after downloading and installing, please uninstall whatever version of WSOP you have installed first and do a clean install.

By the morning of May 1, many players were experiencing the new network. Or they were trying to. The glitches did happen, so much so that the WSOP customer service lines were jammed with calls. But the WSOP was handling as much as possible via social media updates, a new page dedicated to issue fixes, and a lot of patience.

All Hail the Weekend

The big test for the new tri-state network will be the upcoming weekend. With a new Sunday tournament lineup and daily satellites for seats to the summer World Series of Poker, players are in for the biggest online poker offerings since pre-Black Friday times. The big $15 Million Summer promotion will officially be underway.

And the weekend will also bring more players to the tables for cash games, where the traffic will be measured and compared to past weekends in the pre-liquidity weeks and months.

@WSOPcom has upgraded their Sunday tournament schedule and it kicks off with the new $320 buy-in $100K Guarantee this Sunday at 4pm PST. https://t.co/NxqXEgixzo
NJ: https://t.co/ajENVFAPMh pic.twitter.com/hTktrAFyRI

The Good and the Bad

Inevitably, the first day of the new system cannot go without its troubles. Some players found the new software installation troublesome, and others had problems with geolocation and similar issues when signing up for their new accounts.

Disappointing first day of multi-state https://t.co/MlCKaRd51S for me. Took me a dozen tries to get the new software loaded – downloaded but did not prompt for installation until last try, only to find that the geo-location would not verify me as a NV resident. 🙁

Players in New Jersey had a much easier time with the new system, as they simply logged on as usual and found more players at the tables.

As many know, there are some things that I think aren't being done as well as they should be, but overall I have to say, it's pretty cool that @WSOP @WSOPcom has completed interstate player pooling. Happy to be battling with people across the country for the first time in 7 yrs!

Working for the Weekend

As long as WSOP.com continues to respond to player inquiries and complaints with speed and working solutions, the first few days should lead to a weekend of more satisfied player and bigger poker action.

For players in Nevada, Delaware, and New Jersey, keep in mind that there is a new rewards system as well as many opportunities for freerolls, satellites, and guarantees every day of the week. The features of the celebratory promotion include:

–Sunday minors: $250K in guarantees in each Sunday lineup

–Special dailies: Some daily guarantees set for $25K with one $50K each month

–WSOP satellites: Daily satellites May 1 to July 13 for seats to live WSOP events