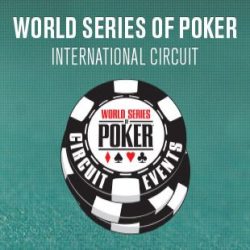 The World Series of Poker isn’t just a summer series anymore. In addition to the primary WSOP in Las Vegas each summer, there is a WSOP Europe, along with a WSOP Circuit series that runs from July/August to May/June.

The WSOP Circuit has grown so much in the past few years that it has been divided into a US-based tour and the WSOP International Circuit.

The 2019/2020 international tour got underway in July 2019 in Sochi, Russia. The first half of the season – running through the end of 2019 – was then released, but the events set for 2020 remained a mystery until last week.

Now, the full schedule for the remainder of the WSOP International Circuit is now available.

When the 2019/2020 WSOP International Circuit kicked off in July, the action went from Russia to Canada, Brazil to the Czech Republic, and to Mexico. Tournaments are currently playing out in Holland and Aruba.

The results of the Main Event of each stop so far were as follows:

As it stands, the 2019 schedule is keeping WSOP staff members quite busy, as there are three events going on at this time and another scheduled for December as follows:

Everyone will then take a WSOPC break until the second week of January.

On November 13, the WSOP revealed the seven additional stops on the international tour.

Beginning on January 10 in Morocco and ending in June in Barcelona, the action will repeat two popular stops but also take players to two popular French poker clubs and a beach location on the island of St. Maarten in the Caribbean.

The schedule is as follows:

May 18 – June 1 at Club Pierre Charron in Paris, France

May 30 – June 7 at Casino de Marrakech in Morocco

The schedules for each of the stops have yet to be published but will presumably be completed at least a month before each stop.

WSOP Director leading the international series, Gregory Chochon, said, “We continue to see great interest and feedback in our International Circuit series. New markets have performed well, and we’re continually searching for new locales to bring the WSOP experience to players in those regions.”

It should be noted that the WSOP International Circuit continues on through June because many players outside of the United States cannot make the trek to Las Vegas for the summer tournaments. The lower buy-in Circuit action gives them the opportunity to compete for WSOP rings.

Barcelona Joins the Fray; Paris Back on the Map; Seven Stops Make Up 2020 Portion@CasinoBarcelona@ClubCharron@PokerroomKings@BarriereCannes@PokerMarrakech1@CasinoRoyaleSXM pic.twitter.com/8G8OOQ8g4H

As is the case for all tournaments on the WSOP Circuit, the international stops also provide the chance to qualify for the WSOP Global Casino Championship.

Those two inning players per international stop wins a complimentary seat to the WSOP Global Casino Championship to be held in August 2020 at Harrah’s Cherokee in North Carolina in the USA. Players winning from outside the US will also be given free hotel accommodations and travel money to enable them to make the trip.

There will be a $1 million prize pool for that event.