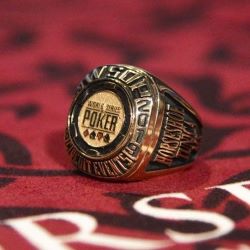 Just one day after the 50th Annual World Series of Poker wrapped its summer series in Las Vegas this month, the WSOP Circuit crew kicked off its 2019-2020 season. Player-favorite Choctaw Casino in Durant, Oklahoma, was the place to be July 17-29.

The season is the WSOP Circuit’s 16th, and it is already set with 35 stops across the United States.

While the International wing of the WSOP Circuit already got underway in Sochi, Russia, the US WSOPC offers lengthier tournament stops and more chances to win those coveted gold WSOPC rings.

Players are finding several new developments in the 2019-2020 season. The most beneficial to players is the increased payouts in each tournament, upped from 10% to 15%. Also, the big blind ante format is now being used in each tournament, which enhances the action and increases the speed of play.

The first stop of the WSOP Circuit’s 16th season was at Choctaw, located in Oklahoma but near enough to Texas to attract a wide variety of players.

First up on July 16, the day before the official start to the Choctaw tour stop, was the Seniors NLHE 6-Handed event, which drew 367 players and awarded $15,769 to Mark Dunavin for the win. But the first official ring event was a $400 NLHE Monster Stack tournament, which drew 508 entries and paid $33,140 to winner Andy Belke.

Congratulations to Hollis Holcomb for winning the Choctaw Main Event. Holcomb navigated his way through 976 entrants to win his first career ring and $255,535!

The most historic moment of the Choctaw series, however, was when David Larson won two WSOP Circuit rings in one day. He won Event 7 ($400 NLHE) and Event 9 ($250 NLHE) within the same 24-hour period, one of the few players to ever have done so. He also became one of 55 players to have won a total of four rings. He accomplished the feat in just one year.

Action Continues at Cherokee and Beyond

The rest of the season, as has been revealed thus far, is as follows:

The locations set for the coming weeks do have full schedules posted on the WSOP website, including any event guarantees, and more schedules will be added as they are available and the dates near.

The 2019-20 WSOP Circuit schedule is here. 35 stops this year, payouts increasing 50% and Big Blind Ante throughout.