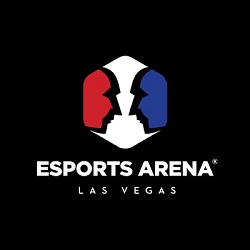 Will the final table relocation work?

The big news coming out of the World Poker Tour offices is the first half of its Season 17 schedule. A television show that begin with a small crew and staff in a Los Angles office has grown is now preparing to enter Season XVII as a publicly-traded, globally-recognized company.

Along with that news came changes, and many poker players are not taking the news well. The idea that all final tables will be held in the new Esports Arena Las Vegas is especially daunting to recreational players and those who live overseas or travel extensively.

So, while the WPT would like to celebrate its latest milestone, it is fending off a reasonable amount of criticism for its final table decision.

Especially all the non-American players will be really happy about that. pic.twitter.com/Y4zGsHQ8sB

Starting with the non-controversial news, the first half of the next season of World Poker Tour events was announced with events running through the end of 2018.

It all gets underway with a new stop at the Gardens Casino in the Los Angeles area of California, and the main event schedule is as follows:

The first part of the Season XVII WPT schedule is out! First up is @GardensCasino in July. #WPTGardens https://t.co/xZLoHQOQAn pic.twitter.com/3Ghj3YaXhz

The WPT just finished filming its last Season 16 final tables at the Esports Arena in Las Vegas, a new arena built to accommodate gaming competitions at the Luxor on the Las Vegas Strip. And when they announced Season 17 details, it included the decision to film all televised final tables at that arena going forward.

All @WPT televised final tables will play out in @ESALasVegas next season. https://t.co/6I7sZBBF0y

Of all of the Season 17 tournaments, only nine of them will be filmed for television, though the final list of those tournaments has not yet been revealed.

"'We look for a win-win,' said WPT Vice President of Marketing David Gitter."

Experimenting is fine, but choosing an idea that has *already* shown itslef to be an epic failure is quite bizarre.

According to WPT VP of Global Tour Management Angelica Hael, players’ travel to Las Vegas will be paid by the WPT, but there was no mention of hotel accommodations. And she is currently awaiting approvals from various gaming commissions before knowing exactly which casinos in the United States will allow the tournaments to end with six players remaining and then play the final tables in Las Vegas.

Hael said of the decision, “We firmly believe that by having our televised final tables in this facility, it will open a world of possibilities for the World Poker Tour.”

WPT CEO Adam Pliska noted it will give the final tables “that sport experience.” He added, “We are so proud that we will be able to use this facility in the future and do some innovative things coming up.”

The WPT executives pointed to the cheaper taxes in Nevada as a benefit for players, as well as the time to find coaching before the final table. However, as many who played WSOP November Nine final tables discovered, the delay sometimes interferes with momentum, and coaching isn’t always desired or deemed affordable. Others say this will make it easier for the WPT to obtain large sponsorships, which could ultimately benefit players, though many are skeptical that those perks will be passed down to them.

Some players are excited about the opportunity to play on a major www.

The @ESALasVegas is amazing. I think the mind set will change after a while. An experience of getting to play a FT in a real high end arena setting will be awesome. Less overhead for @WPT as well so they can continue to give back more to players too!

Others are not so thrilled.

I have two young kids at home. It’s already tough to leave for 7-10 days straight to play in a tournament series. This pretty much makes it impossible…

Meanwhile, players and fans will have to wait and see what happens and if the televised final table announcement will have any impact on the turnout for those tournaments.