Women in Poker Hall of Fame to Induct Soto and Ho 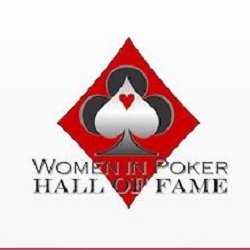 Two poker advocates to be inducted to WiPHoF this summer

The Women in Poker Hall of Fame was the brainchild of Lupe Soto, a longtime poker player who wanted to recognize the many women who have positively influenced the game. The Poker Hall of Fame run by the World Series of Poker honored many in poker, but few women and not in the context of the struggles that women have faced as they paved the way for others in a male-dominated field.

Soto founded the organization in 2007, and the first women were inducted in 2008. Ten years later, the Women in Poker Hall of Fame (WiPHoF) is now prepared to recognize Soto herself, as well as accomplished poker pro and businesswoman Maria Ho.

Congratulations to @PokerLupe & @MariaHo, the 2018 Women in Poker Hall of Fame inductees. So well deserved. I wish I could be there at the ceremony in June to watch them be honoured for their contributions & excellence in poker. You two rock! ??????https://t.co/9BFzq6P60o pic.twitter.com/mYcLOSPK7A

The organization is comprised of volunteers, those who love the game and want to participate in recognizing the women who have been an integral part of it. Honoring women and noting their many accomplishments for public record is often a poker fan’s first glimpse into the non-male side of the game, one that the predominantly male poker media rarely discussed in the past. While names like Doyle Brunson and Phil Ivey captured the attention of the mostly-male fan base, women were winning tournaments, running poker rooms, and contributing significantly to the game and the need for its inclusion of more women.

The Women in Poker Hall of Fame is an international entity commemorating women of outstanding performance in the poker world. Its purpose is to enhance awareness and celebrate contributions and achievements of women in poker as recognized and respected representatives and proponents of women in poker.

The volunteers who keep WiPHoF moving forward include ten women in addition to Soto, all of whom help organize the annual ceremony and help choose the nominees for the yearly honors.

As for the members of the poker industry who vote for the ultimate honorees, this year the 26 representatives of poker media include two women. It is a predominantly-male representation of those who contribute to the writing and reporting of the game on a regular basis, as few women have been in those positions through the years.

The 2018 festivities will consist of a luncheon to go with the induction ceremony at 11am on Tuesday, June 26, amidst the World Series of Poker in Las Vegas. Anyone can purchase a ticket and attend the event at the Orleans Hotel & Casino.

There are many sponsors of this year’s event. PokerStars and its chosen charitable effort Helping Hands, is the platinum sponsor, and 888poker and CardPlayer Cruises are the gold sponsors. All proceeds benefit Poker Gives, a nonprofit organization that has been affiliated with WiPHoF for many years and supports military families and homeless veterans.

Soto is not only the founder of WiPHoF, she has been advocating women in poker for nearly two decades, by finding ways to honor them as well as to provide opportunities for them to play. She launched an online poker forum for women before the poker boom, as well as the Ladies International Poker Series (LIPS), which is still offering women-only tournaments as a comfortable and welcoming environment for female players. She also founded and serves as the executive director of the Women’s Poker Association dedicated to the advancement of women in the game.

Further, she is also an advocate for seniors’ events and is the current CEO of the Senior Poker Tour. Her aim is to provide atmospheres that are fun and friendly for those who may not always feel comfortable in larger events, which can be overwhelmingly young and male. Soto lives and breathes poker and is one of the most underrecognized yet powerful women in the world of poker.

Ho is a familiar face for many poker fans, having been a fixture in tournaments and cash games since the early 2000s. Not only does she have more than $2.7 million in live tournament earnings to her name, she also has numerous online poker successes.

On a larger scale, Ho has also been a popular commentator and ambassador for the game. She has been a spokesperson and ambassador for WinStar World Casino for several years. Meanwhile, she is a well-respected commentator for events such as King of the Club (a World Poker Tour production) on Fox Sports Net and spent years doing coverage for the Heartland Poker Tour. Other on-air productions for Ho included The Final Table for CBS Sports, the Super High Roller Bowl for NBC Sports, the Mobile Masters for Amazon eSports, and the WSOP Main Event for ESPN.

Incredibly floored to be voted into the Women in Poker Hall of Fame Class of 2018 especially among a group of such deserving women. Deeply humbled by this honor and congrats to @PokerLupe! Thank you all for the love and support! https://t.co/TPI3dsGHoz

Soto and Ho join these current members of WiPHoF: