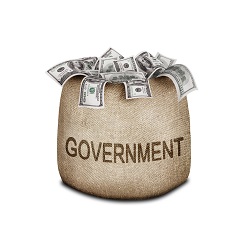 Get that UltimateBet and Absolute Poker money back!

All former UltimateBet and Absolute Poker players, the time is now to claim your money!

The deadline for submitting a claim for money lost on UltimateBet or Absolute Poker as a result of the Black Friday indictments and site shutdowns is fast approaching. The last day to submit a petition for funds is this Thursday, September 7.

Garden City Group is the government-appointed administrator for all funds pertaining to online poker site shutdowns in the United States as a result of the Black Friday indictments by the Department of Justice. Garden City Group had a learning curve when they took on the process of paying back all of the Full Tilt Poker victims over the past few years. But the firm did it and completed all of the remissions to 45,180 people in the amount of $114.5 million. What started in February 2014 was final in November of 2016, with all valid petitioners paid.

For a long time, victims of AB and UP feared that their funds were lost. But on April 13, 2017, just two days before the sixth anniversary of Black Friday, Garden City Group launched a new site and issued notices to approximately 1.2 million people. The names were derived from data supplied by Absolute Poker and UltimateBet, along with account balances as a starting point for determining refund amounts.

Players from around the world began responding, confirming their account balances or submitting documentation to dispute those numbers by the initial June 9 deadline. The most straightforward remissions were authorized first, and on August 7, Garden City Group announced that nearly 7,400 former AB and UP players were authorized for payments. A cumulative total of $33.5 million was ready to be paid as soon as everyone confirmed their bank details.

The Department of Justice’s Money Laundering and Asset Recovery Section is awaiting the last of the petitions. The last and final deadline for players to claim their funds is quickly approaching.

Also, it looks like AP+UB are paying back! Maybe some poker peeps haven't heard yet – this one is time-sensitive – pass it on too! Hooray

Garden City Group’s website is very informative. The home page lists the notice about the most recent confirmation of payments, as well as information about the authority given to GCG by the DOJ to handle the payments. It also details how the balances are calculated and what happens to funds that are forfeited or disputed.

The online filing page allows players to log in with the information shown in the notice from GCG or, if the player received no notice, login can be accomplished by inputting the email address on file with Absolute Poker or UltimateBet, the player’s ID number and last name.

Note: Much of the website mentions Absolute Poker only. However, per a notice by GCG, UltimateBet funds are also being repaid via the same website and process.

There is a frequently asked questions page on the site that explains everything from the definition of petition for remission to rakeback calculations and affiliate status. Nearly every question asked of GCG is listed there, along with an answer.

Finally, there is a contact page for anyone with outstanding questions that are not answered by FAQs or notices on the site. There is a mailing address, but considering the looming deadline, it is best for players to contact GCG directly at (855) 907-3254 or via email at info@absolutepokerclaims.com.

Whether a player had to forfeit $20 or $200 or $2,000 when UltimateBet and Absolute Poker disappeared, that money rightfully belongs to the player who earned it. There is no reason not to file a claim and petition for the return of those funds. The money paid by PokerStars as part of its settlement with the US government over Black Friday charges is now in the government’s hands, and it will remain there unless players from UB and AP claim it.

Take the time and file for that money!

Hooooooray got my full balance back from Absolute/ UB Poker!!! #BetterLateThanNever