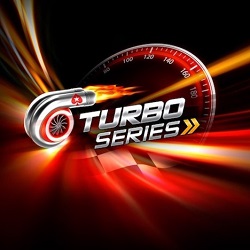 PokerStars is known for its online poker tournament series, not to mention its live ones. Online, though, the operator can offer as many tournaments as players want to play, with as many different buy-ins, structures, and prize pool promises as they choose.

Now an annual event, the Turbo Series is back and set for early February, complete with more than 100 tournaments and a massive $25 million in prize pool guarantees.

The important details of the upcoming series are vital, so let’s get those out of the way first.

The formats will switch between turbo and hyper-turbo, both interspersed throughout the series with variations of poker to please players of all stripes. Buy-ins will range from $11 to $5,200.

Through player feedback, improvements were made since last year’s series, including the addition of two more high-stakes events in the $5,200 buy-in range and more progressive knockout (PKO) tournaments. Start times of events were also improved per input.

Like your poker fast and furious? ⏱? Then mark February 3-17 in your calendar and get ready to hit fifth gear…. The #TurboSeries is back! ? pic.twitter.com/eAnCpqB8qe

No matter what bankroll a player may have, there will be qualifiers running for as low as $0.11 for many of the Turbo Series events. Turbo Series Spin & Gos will also award seats, and those buy-ins start as low as $2.50.

Turbo Series Challenges are another way to win this year by simply participating in the series. By playing any of the Turbo Series tournaments, players will be automatically entered into a challenge, which will be displayed via a special Challenges window. Click to find out what the challenge is, complete it, and win an entry into a special All-In Shootout, which will award $10K in tournament tickets. Challenges can also result in finding keys to a special chest holding up to $1,050 worth of tickets.