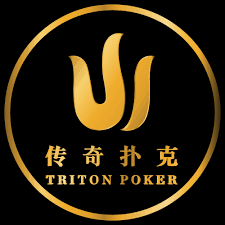 There was a lot at stake. The Triton Million tournament was not so much a new concept but a new spin on the high-roller tournaments that have become commonplace among high-stakes poker players. And the London event wanted to make a big splash.

The Triton Poker Series offers high-stakes poker tournaments at various locations around the globe, such as South Korea, Montenegro, Russia, the Philippines, and China. Buy-ins tend to range from $100K to $1 million, so the players with the means to compete are usually limited to a select few in the poker community, mixed with occasional business people who enjoy a spicy poker game.

The latest iteration of the series was held in the Grand Ballroom of the London Hilton in the Mayfair District of London.

With PartyPoker LIVE as one of the primary sponsors, the series offered several events that continue through August 8, but the schedule started on July 31 with this full lineup.

Most of those events have become somewhat commonplace in poker, with super high-roller events playing out regularly in Las Vegas, as parts of larger series like the WSOP, and now as the core of the Triton tour stops.

Not long now until the biggest event in Poker history. It’s a true honour to be playing it and I appreciate how lucky I am to be apart of this epic tournament. Time to bring out the A game !!!!!
pic.twitter.com/BWEJtP5itG

But it was the Triton Million that garnered much attention in the past few days, as the buy-in was eye-catching and there were a few unique caveats to make the tournament different from most others.

The Triton Million was an invitation-only tournament. There were 23 recreational players invited, and each was welcomed to bring one professional poker player into the action.

The first six levels of the tournament put the recreational players at separate tables form the poker pros, after which a redraw mixed the players. However, no recreational player was seated at the same table as the specific pro they invited until the final table.

Players were required to take their seats at the very beginning of the tournament, keeping many from arriving late as is typical in many tournaments.

And, for the first time, all nine players at the final table were required to wear a formal suit.

As for the buy-in, the tournament was rake-free, and the £50K at the top of each buy-in was set aside for a group of charities:

–One Drop of Canada

–We Care of Taiwan

? A lot of focus has been put on the #TritonMillion's Big Buy-In and Prize Pool, but now it is time we showcase the Helping Hand for Charity.

? First we look at REG and OMS, based in Germany and the United Kingdom respectively.

The invited players and their invited pros were listed as follows:

On August 1, the 54 individual players took their seats, but as the first day played on, a total of 18 were eliminated. That left 36 holding chips and still competing for the prize pool of £54 million. Only the top 11 finishers would be paid, though, with £19 million set aside for the winner.

By the dinner break on Day 2, only 16 players remained, and Vivek Rajkumar was the far-and-away chip leader, followed by Zang. As the money bubble later approached, Nick Petrangelo and Christoph Vogelsang exited the field.

On the money bubble, Perkins doubled through Igor Kurganov, leaving the latter short. Rajkumar then busted Kurganov in 12th place.

Winfred Yu was the first player to cash for £1.1 million, followed by Chin Wei Lim in 10th place and Wai Leong Chan in ninth for £1.2 million.

Day 2 ended with the final eight players led by Rajkumar holding 18 million chips, followed in a distant second by Stephen Chidwick with 9.79 million. Zang was sixth out of the eight players, and Perkins was on the shortest stack.

A Final Table of Millions

Heads-up play lasted only a few hands, and it ended when Zang put 8-5 of diamonds to the test against the all-in call of Kenney with A-6 of spades on an 8-4-3 flop with two spades. An ace hit the turn, but the river was a king, and Zang won.

Wanna day thanks so much to @tritonpoker for running the best event of all time. Incredible job and happy to be a part of history

Final results, including a payout deal between the first and second place finishers: