Tournament Series on Tap from Stars, Party, and 888 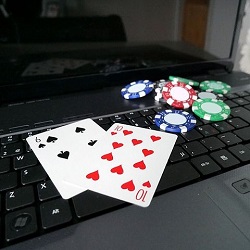 September tends to be a big month for online poker tournament players, and this one will be no different. The three major online poker sites spanning the world will offer tournament guarantees in excess of $179 million over the course of three series in September 2018.

The smallest series of the three will be hosted by 888poker, with PartyPoker stepping up in second and PokerStars topping them all with its largest series of the year and longest running in the game – WCOOP (World Championship of Online Poker).

There will be tournaments for everyone, from low buy-ins to high rollers, all with satellites running now and numerous ways to win. And as online poker gears up for its biggest month of the year, players can get started now to win seats and plan schedules.

The essential information about XL Eclipse:

The 888poker XL Eclipse series is comprised of a wide range of buy-ins to accommodate players of all bankrolls. The tournaments with “Mini” in the title offer the lowest buy-ins, and the “Late” and “Micro” events serve as a middle ground for players with buy-ins significantly less than the standards.

Tournaments are all no-limit hold’em, but many have interesting structures and themes, such as mega deep stacks, ones with rebuys and add-ons, and knockout formats.

The special incentive in the XL Eclipse is that there is $1 million up for grabs in extra prizes. Any player who wins two events in the series will receive a $1,000 bonus, with three events garnering $10,000 and four earning $100,000. In fact, if a player can win five events of the 34 on the schedule, they will win a $1 million bonus. There are also cash prizes for other feats, such as final tabling at least three events ($600 tournament ticket) or finishing in the money in eight or more events ($215 tournament ticket).

In the end, there will be three main events on Sunday, September 23 to wrap the series:

Satellites running now include Main Event and Mini Tune Up Event qualifiers running daily, but other satellites start as cheaply as $0.01. Even better, there are three daily freerolls. The $1,500 Lucky Chip freerolls run daily at 11:00 and 17:00, while the $6,000 Pirates Rewards freerolls is at 19:00 every day.

The XL Eclipse ? is back with a massive BANG ?! We've listened to you the players and are dishing out quality over quantity with less events, a whopping $1,000,000 GTD ? Main Event and almost $2 million ? more in guarantees! T&C's Apply >>>https://t.co/U6Q59BWXJe pic.twitter.com/TK1lbUkh3t

The most important information about Powerfest as a whole:

This year’s Powerfest is the largest in PartyPoker’s history, but as usual, it will offer numerous levels of buy-ins. It starts at the micro level, then increases to low buy-ins, medium, high, high roller, and even super high roller tiers.

In addition to a wide array of poker variations, including new mix-max tournaments, there will also be promotions running in conjunction with Powerfest. The leaderboard will award the top 20 players on the points list with prizes each week that range from $109 satellite tickets to MILLIONS seats worth $5,300. The Power Hour will run daily from 6pm to 7pm for double cashback points.

Instead of hosting a handful of championship events, there will be 20 of them, all no-limit hold’em and ranging from a $3.30 buy-in for the Mini PKO to $25,500 for the Super High Roller. Championship events begin with Event 3 on September 2, but the final round of them will take place on September 23 as follows:

Of course, satellites are already running, but there is also a Rake Race promotion to award tickets leading up to the series.

At THREE weeks long, $60 million guaranteed and 670 events, this #POWERFEST is out biggest ever. Start your preparation for such a massive festival by feasting your eyes on these #POWERFEST tips from #teampartypoker: https://t.co/WxMBLzHEAc 18+|Play responsibly|begambleaware pic.twitter.com/eXnTlRSF1O

The highlights of the upcoming World Championship of Online Poker are:

With 12 to 15 tournaments running daily, each event on the WSOOP schedule will have a low, medium, and high buy-in to offer something for every bankroll. And this series will offer the widest selection of non-hold’em events, as players can find everything from razz to Omaha, 2-7 single draw, 8-game mix, and HORSE.

There will be a series leaderboard, with one of the prizes being a Platinum Pass for the 2019 Players Championship event in the Bahamas worth $30K. In all throughout the WCOOP, however, there will be seven Platinum Passes awarded.

As for the grand finale of the series, there will be two main events, only a low and high version:

Satellites are currently running for many events, and there are daily qualifiers for the High Main Event, each with an added $5,200 seat added to the prize pool.

#WCOOP 2018: Our favourite time of the year, revealed!

With $116 million guaranteed throughout, it's time to get excited.