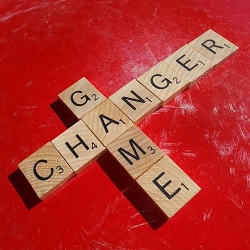 Black Friday was a game changer for poker sponsorships

Part 5 : Six and a half years later, poker is different in many ways. In this “Lost and Found” series, we look at some of the things that were lost because of Black Friday but also things that the community found. This article focuses on poker sponsorships

When Chris Moneymaker won the World Series of Poker Main Event in 2003, his satellite win via PokerStars garnered much attention, but his subsequent sponsorship by PokerStars spurred a somewhat new phenomenon in poker.

Poker was on television and more popular with viewers than ever. The WSOP and World Poker Tour were seeing big ratings increases, and other shows brought poker players into the homes of fans worldwide. The value of advertising also increased, obviously, and online poker sites wanted their names and logos displayed on those shows. Players who made final tables were often approached by representatives of those sites with offers of cash to wear patches on their shirts or hats.

At the height of the poker boom, efforts to put patches on some players became so competitive that players had to assign a friend or representative to handle the deals. And online poker sites employed people whose sole job was to get their name and logo on players who had the best chance of winning tournaments.

Meanwhile, players who showed the ability to win consistently or who displayed unique qualities were approached for long-term sponsorship deals. Moneymaker was the ideal player to represent PokerStars. Other players were best suited for competitors, such as names like Chris Ferguson and Howard Lederer representing the top tier of Team Full Tilt and Phil Hellmuth sporting the UltimateBet logo on every item of clothing he owned. PokerStars signed deals with pros in countries all over the world, and Full Tilt stacked a roster of “red pros” that became so extensive as to require a spreadsheet to track up-to-date pro lists.

The UIGEA put a dent in the sponsorship frenzy, but it continued to some degree with sites like PokerStars and Full Tilt. Black Friday, however, stopped it in its tracks. PokerStars was no longer welcome at the WSOP, and the lack of television programming devalued sponsorships in general. Many players from the United States lost sponsorships altogether, as they were unable to even play on the sites they formerly represented.

Players who profited from the sponsorship era were not only hurt by the loss of online poker availability but by the lack of sponsorship money, both at final tables and in long-term deals. At one time, pros aspired to obtain sponsorships that offered monthly stipends, travel expenses, and rakeback. That era of abundance was officially over on April 15, 2011.

It took months after Black Friday for sponsored pros to find out their fate. Those who had deals with Full Tilt, UltimateBet, and Absolute Poker were obviously in the most trouble, having lost their sponsorships as well as money in their online accounts. PokerStars had leverage and dealt with their pros in a more sensitive manner, as conveyed by reports at the time.

The most popular of the PokerStars pros were ultimately secure in their deals, though they may have had to accept a decrease in benefits. Moneymaker, Daniel Negreanu, and Barry Greenstein kept their status as team pros due to worldwide name recognition, as well as their willingness to travel to Canada and establish part-time residences in order to play occasionally on the site. Others from the UK, like Liv Boeree, remained safe. But many more lost their deals and their livelihoods at the same time.

The new state of poker that emerged did warrant some new sponsorship deals. Over time, it became apparent that some players could benefit a site like PokerStars through a large fan base as well as their ability to travel to play in other countries. Jason Somerville was the prime example of a player who showed through his Twitch stream that he was able to garner a global audience, bring new fans to the game of poker, and even help the site in new regulated markets like New Jersey.

The number of sponsored pros decreased substantially after Black Friday, but the value of that type of deal increased exponentially. Pros who did obtain deals had to work many times harder to show their worth, and those who obtained sponsorships were looked upon as not only top poker pros but entrepreneurs in the new age of the game.

As more markets legalize and regulate online poker, players may find more opportunities. But they will likely have to fight hard to prove their worth.