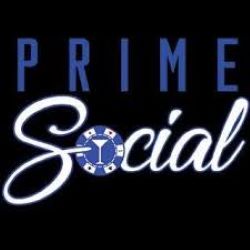 The saga of Texas poker clubs has turned another page and taken the story in a new direction.

When two prominent Houston poker rooms – Prime Social Poker Club and Post Oak Poker Club – were raided on May 1, it looked as if the longtime skirting of poker laws in Texas was over. But that was far from the end of the story.

In fact, all charges were dropped against the nine club executives in July. All cash seized was returned.

It wasn’t a change of heart by the District Attorney, though. It was a conflict of interest as the DA found out about ties between her office and a consultant. The case was not only dropped, but the poker clubs were eying litigation.

That new case has now been filed. Prime Social is suing a Houston law firm for gross negligence.

When the raids happened on May 1, the Harris County District Attorney’s office and Houston Police Department worked together to arrest nine club owners and managers, freeze company bank accounts, and seize bank balances.

“Poker rooms are illegal in the state of Texas,” DA Kim Ogg said.

As a result, she charged the nine people with a range of crimes, including felony money laundering and engagement in organized crime.

Many thought it spelled absolute doom for poker clubs in Texas, but the DA suddenly had a change of heart. She dropped all charges on July 16 and returned more than $200K in seized funds.

Ogg’s office cited “multiple potential conflicts of interest” in her office, as one was former contract employee but also a potential defense witness. That put the situation in the hands of the FBI.

Meanwhile, Prime Social Club Attorney Wayne Dolcefino expressed outrage at the entire situation. More than 100 employees lost their jobs. The clubs were unable to make money during the shutdowns.

Further, it turned out that a consultant named Amir Mireskandari had approached both poker club operators during the two-year investigation and offered to help legitimize their clubs under Texas law through legislation, permits, and legal assistance. The cost was $250K, some of which Prime Social paid. Post Oak did not.

Mireskandari, it seems, also worked for the Harris County DA’s office, assisting in the investigation of those exact poker rooms.

The entire situation became complicated and began to look bad for the DA. The poker clubs, on the other hand, became the victims in the eyes of the law.

Prime Social had hired the firm, which advertised representation with gaming law experts, to work with city officials to pass a new Houston ordinance to formally recognize private poker clubs as legitimate businesses.

Jimmy Ardoin, an attorney with Jones Walker, allegedly told Prime Social that it needed to pay $250K to an investigator to begin building the case for the ordinance. That investigator, presumed to be the aforementioned Amir Mireskandari, was the one also working with the District Attorney.

Prime Social began to make payments, referred to in the court document as “significant sums,” to cover the license fee under the new ordinance and Jones Walker’s representation throughout the process. But when Prime Social figured out there was no ordinance being considered, they stopped payments and terminated the relationship with Jones Walker. Soon after, the raid took place.

The charges against Jones Walker are misrepresentation, negligence, and breach of fiduciary duty.

Houston's Prime Social poker club sues Jones Walker, the law firm the club retained after it claimed to be working on an "anticipated" legalization ordinance in the Texas city. Oddly, the word "shysters" does not appear in the complaint. https://t.co/ncqvrBiXRQ

The lawsuit seeks “monetary relief over $1,000,000” for actual damages, punitive and/or exemplary damages, pre-judgment and post—judgment interest, and legal costs.

Channel 2 in Houston pointed out that more than a dozen poker clubs have operated and continue to do so throughout the duration of the Prime Social and Post Oak ordeals. Those were the only two clubs raided – they appear to be the largest of the poker clubs in the Houston area – while all others have been untouched by the law.

The Houston Police Department and Harris County DA’s Office both declined to answer questions about the seemingly selective prosecutions.

It boils down to the interpretation of the law by each city or town in Texas, but if Harris County is going to target two clubs, there is no reason to leave the others alone.

Texas State Senator Paul Bettencourt pointed out that there is a significant “gray area” in the law regarding gambling. Traditional poker in casinos may be illegal, but the activities inside of a private, membership-only club is different. There is no rake taken from the games. Thus, there is no economic benefit from the actual poker games other than personal winnings. The club’s revenue does not depend on the games themselves but on membership, as well as food and drink sales.

Bettencourt believes the courts may deliver a ruling in one of several pending cases that could dictate the letter of the law. If not, he said he wants the legislature to look at the issue.

As of Thursday, September 5, Prime Social is open again. The grand reopening welcomed players back more than four months after the raid.

As for Post Oak Poker Club, it appears that it will not reopen.