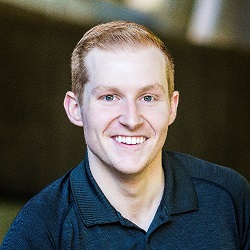 In 2015, Poker Central began to take its place in the poker community as a solid source for poker content. There were livestreams of tournaments like the Super High Roller Bowl, as well as some original content from company partners like Daniel Negreanu, Antonio Esfandiari, and Phil Hellmuth.

The online poker content provider began to produce its own shows, while also offering access to some of the best poker programming from years past, such as High Stakes Poker and Poker After Dark.

Eventually, Poker Central became a network, offering content 24 hours per day, as well as Twitch streams, a larger library of poker shows and filmed final tables, new programs like Inside Poker and Pokerography. And it has since grown to offer the PokerGO subscription service that includes streaming of WPT and WSOP final tables, among many others.

And new President Sam Simmons plans to do even more.

Who is Sam Simmons?

As of November 21, Sam Simmons is the president of Poker Central. But he is no stranger to the company, having been one of its first employees in 2014.

Simmons received his Bachelor of Business Administration degree from the University of San Diego in 2014 and didn’t take long to get into the gaming world. He started in September of that year overseeing the startup’s marketing department and was promoted to Marketing Director one year later. Less than a year after that, he became the Vice President of Content, a position he held for more than two years.

According to the press release announcing his latest promotion to the highest position in the company, Simmons is given much credit for Poker Central’s “significant growth as a content company” and “for the successful marriage of the content operation with owned and operated live events to create popular entertainment products and experiences.”

Simmons not only oversaw the content portion of the PokerGO launch, he served as the producer for more than a dozen unscripted shows on the network and launched a new content format in conjunction with Facebook Watch. And he helped create the idea of the PokerGO studio at the ARIA in Las Vegas and opened it as a production studio.

Today I was selected for a @CynopsisMedia Rising Star Award alongside my colleague and bff Richard. Especially thankful for this fine Thanksgiving Week! pic.twitter.com/X61jx3JdMV

No official changes have been announced, but the elevation of Simmons to the role of president indicates that Poker Central wants a fresh, possibly updated vision for the company.

The press release hinted at that vision, mentioning that Simmons will aim for continued growth but also oversee “expansion of Poker Central’s live event franchises, new original programming, and new product lines in the poker space.”

Most significantly, there may be a movement toward linking poker with sports betting. It is no secret that many poker players also dabble in the world of sports wagering. Simmons will “shepherd the company through the ongoing period of sports betting legalization in the United States and the business opportunities presented by that shift.”

As the US poker market is barely growing at a snail’s pace, the sports betting and DFS markets are dominating the betting space. In order to stay relevant and grow in a gaming industry wherein poker can be a tough sell, there is the likelihood that sports betting will be incorporated into the Poker Central space.

As now-former President Joe Kakaty, who was also a co-founder of the company, moves into an advisory role with Poker Central, he welcomes Simmons. “Sam is a great steward of the company and ambassador for the game,” he said. “The strategic pivot to the SVOD model, driven by Sam from an early stage, has had a material impact on our revenue. Sam’s vision and drive to exceed expectations in subscriber growth and the addition of worldwide distribution have led to this promotion, earned through results.”

As for Simmons himself, he vowed to focus on advancing poker and provide the type of content that fans have come to expect from Poker Central.