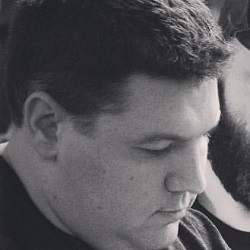 When the World Series of Poker summer series ended, it became clear that poker pro Shaun Deeb was going to be the likely winner of the WSOP Player of the Year award. He was at the top of the leaderboard, though the WSOP Europe had the potential to change it up if another player had a particularly stellar run.

It did not happen. Some of the players who were in the top 10 on the POY leaderboard didn’t make the trek to the Czech Republic to compete, and only one player at WSOP Europe made a run at the title. That was Michael Addamo of Australia, who won his first gold bracelet in Las Vegas during the summer, cashed in two other events there, and then made a splash in Rozvadov by winning the €25K Super High Roller and finishing eighth in the €100K Super High Roller two days later.

But Deeb also did well in Europe. While he may say that it wasn’t a profitable trip, he was able to secure his spot at the top-performing player of the year in WSOP events.

Performance of the Year

Deeb is one of the most successful poker players in the past decade, whether playing average buy-in tournaments or high rollers, live or online.

Is @shaundeeb on track to become the winningest Player of the Year in @WSOP history? @RemkoRinkema crunches the numbers and compares Deeb's 2018 to Ferguson's 2017 in another #ROTR update! https://t.co/nWswarvhjp

His wins have consisted of US and European tournament wins, though many of his successes have come at the World Series of Poker. Deeb started registering cashes at WSOP events in 2007 but didn’t make his first final table until 2011 when he took fourth in a $2,500 10-Game Mix 6-Handed event. The following year, he finished sixth in the $10K Pot-Limit Hold’em Championship. In 2015, he captured his first WSOP victory in the $10K Pot-Limit Hold’em Championship for $318,857 and made several final tables in Las Vegas and Europe events. In 2017, he won the $1,500 Seven-Card Stud event for $111,101, following that with several cashes, a second-place finish in the $10K Limit 2-7 Lowball Triple Draw Championship, and a near-miss for the final table of the $50K Poker Players Championship by ending his run in seventh.

In 2018, Deeb racked up the following accomplishments:

With points from all of those events tallied per the WSOP POY calculator, Deeb ended up with 5,073.92 points, far ahead of Ben Yu in second place with 3,746.04 points. Joe Cada finished in third place, with John Hennigan in fourth and Scott Bohlman in fifth.

While there is no monetary award to go with the WSOP POY victory, Deeb wanted the title. He told CardPlayer in a recent interview that he had been obsessed with tournament leaderboards since vying for the title on PokerStars during the poker boom, and “WSOP is kind of the most important one.”

Even so, Deeb wasn’t excited about the prospect of traveling to the Czech Republic to ensure he earned enough points to secure the title. “It’s probably unprofitable for me to go there,” he said, “when you consider the buy-ins and the travel expenses.” He also noted that multi-tabling during the summer series in Las Vegas was “a minus EV move” but did end up profiting at the end. “I had a lot of fun doing it, and it made for a cool story.”

Done with wsope didn’t win a bracelet so trip felt like a waste didn’t play my best couldn’t care any less. I’m lucky to make it home@in time for Halloween and some wel needed relaxation

Despite the seeming lack of excitement in his comments about going to play in WSOP Europe, the trip served its purpose, and he did secure the title of WSOP Player of the Year. And Deeb was grateful to have accomplished that goal.

Came home to find this waiting for me ⁦@crashleyonfire⁩ says they were happy I was home just not happy to take photo pic.twitter.com/qhmsf50kmF