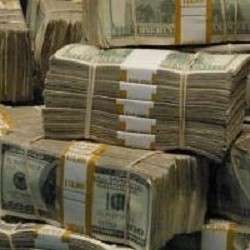 There are few scandals that grab hold of the poker community as a whole, that rock its foundations and shatter what many people knew and believed. The UltimateBet scandal was one of the big ones, complete with superuser accounts. The Full Tilt meltdown after Black Friday was another, as was Black Friday itself in many respects. The Postle cheating scandal is the most recent one, still building up to its court cases.

Bill Perkins took to Twitter last weekend, though, with a bombshell. It was bigger than Postle. Huge.

And it all went downhill from there. There were bits and pieces of scandal as the story began to unravel…but it ended up being a mix of online account ghosting and high-stakes players making accusations about each other.

Let’s just say it wasn’t a Postle-level situation by any stretch.

It started with a tweet from high-stakes poker player and businessman Bill Perkins.

Cheating scandal in poker going on that would make the Mike Postle scandal look like a church service. Really hard to wrap my head around. I'm very disappointed in many people. Some you would call poker heroes. 1 person/pro showed integrity others failed miserably #POKER

Soon after, Perkins clarified that Jason Koon was the person in the unknown situation that acted with integrity. But Perkins remained mostly mysterious.

I have been permission to say that @JasonKoon was the pro who was tempted and acted in integrity. I've always like Jason and now I love him. So you can stop speculating about him. I'm still in investigative mode and not ready to discuss. As I said hard to wrap my head around. https://t.co/HoUiPDs7BR

The next tweet from Perkins inspired much debate on Twitter about integrity, as a participant in the “situation” seemed to have bargained to keep his or her anonymity. And the information in that tweet seemed to further alienate some in the poker community from caring. Someone played on another person’s account in a private game in an app amongst high-stakes pros.

And then Perkins followed with this:

If people want to say the analogy to Mike Postle is incorrect. I can concede that even if I disagree. No need to reply about how MP is worse. Not my goal to exceed the MP scandal. Emotional reaction cheating w/your friends wife is worse than cheating on a stranger clouded thought

Enter Dan Bilzerian, an “internet personality” with inherited wealth who plays in some private high-stakes poker games. He tweeted, “This c**ksucker Sina Taleb cheated me, @bp22 and others outta money on Fun Ocean poker app by having @junglemandan play on his account.”

That message was quickly deleted, but it indicated that a player named Sina Taleb cheated him, along with Perkins and others, by recruiting Dan Cates to play for him.

Cates responded on Twitter to say that he’d never played a hand of poker with Bilzerian. However, he claimed that there was “rampant” ghosting on the site but couldn’t discuss “for legal reasons.” Two days later, he posted a very long response.

He admitted to playing “very few hands” against Perkins in a game that he understood was “rampant with professionals who were ghosting.” For that reason, Cates felt it was acceptable to play. Nevertheless, he admitted that it was wrong and apologized.

Further, Cates expressed that many more in the poker world are guilty of the same, but his punishment should be disproportionate because he is a “role model for the poker community.” He also said that he normally holds himself to a “high standard of ethics.”

Perkins tweeted that Cates did the right thing and that “part of the story is out.”

Considering that the scandal wasn’t much of a scandal, it is unlikely that most people in the community care to hear more about it. Private games in which high-stakes players toss around money in pots that amount to more than what most people earn in a year don’t exactly tug at players’ heartstrings.

If more information does emerge, we can expect much of the same thud with which it started.