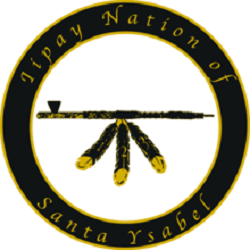 The Iipay Nation of Santa Ysabel, formally known as the Santa Ysabel Band of Diegueño Mission Indians of the Santa Ysabel Reservation, is located in southern California near San Diego. Its population totals less than 750, but the tribe has been at the center of numerous legal battles in state and national courts for the right to offer online poker and bingo.

The latest loss for the tribe could be the last. Last week, a California district judge confirmed a lower court’s ruling that Santa Ysabel’s Desert Rose Bingo violated the Unlawful Internet Gambling Enforcement Act (UIGEA), despite its claims that it operated legally under the 1988 Indian Gaming Regulatory Act (IGRA).

It is unclear if Santa Ysabel will appeal yet again, but the repeated rulings affirming the supremacy of the UIGEA over IGRA indicate there is little chance for the tribe to find a ruling that will endorse its online gaming plans.

It Started with Poker

The first announcement from the Iipay Nation of Santa Isabel came in the summer of 2014. The tribe’s Gaming Commission Chairman Dave Vialpando revealed it had developed an online poker site called PrivateTable.com. At that time, it offered free-play online poker games and tournaments but planned to open it up to real-money poker soon after.

The basis for the decision was its sovereignty under IGRA. Operating as Santa Ysabel Interactive, the tribe was “exerting its sovereign right under the Indian Gaming Regulatory Act (IGRA) to regulate and conduct Class II gaming from the tribe’s reservation.” Since its website would only offer poker and bingo, games classified as Class II under the law, it asserted its right under its 2005 tribal-state gaming compact with California.

Initially, the move was important to the tribe as then-ongoing discussions between high-profile California tribes, card rooms, and lawmakers regarding online poker legislation would only benefit the larger tribes. Santa Ysabel wanted to take matters into its own hands and launch a site without awaiting state legislation that would require participants in the proposed system to pay approximately $10 million for a gaming license.

As the year progressed, PrivateTable.com did not launch, but Desert Rose Bingo did. It offered real-money online bingo for adults in California. All games took place on tribal lands, per its state compact, via the web-browser enabled device user located on the reservation. Though players may have been technically located in other parts of the state, they played by “proxy.”

Not long after Desert Rose Bingo went live in November 2014, California’s Attorney General filed a lawsuit against Santa Ysabel and asked the US District Court for the Southern District of California to suspend the site pending the outcome of the case. The United States government joined the case as well. The allegations included violations of IGRA, UIGEA, and the tribal-state gaming compact, and it made the argument that bingo was, in fact, a Class III version of gaming instead of Class II.

Despite the tribe’s filings for dismissal, the case continued until December 2016 when the court ruled against Santa Ysabel. Judge Anthony Battaglia ruled that the bingo site was a violation of the UIGEA because most players would not be on the reservation when playing online. However, the decision also included a dismissal of the state’s argument that the tribal-state compact was breached, as the court ruled California had no authority over internet bingo.

Months later, the Iipay Nation of Santa Ysabel filed its appeal in the US Court of Appeals for the Ninth Circuit, and it was argued in March 2018.

The three-judge panel handed down its ruling on August 2, 2018, affirming the district court’s summary judgement in favor of California and the United States. The summary read:

“The panel held that Iipay Nation’s operation of Desert Rose Casino violated the Unlawful Internet Gambling Enforcement Act (“UIGEA”). The panel held that the Indian Gaming Regulatory Act protected gaming activity conducted on Indian lands, but the patrons’ act of placing a bet or wager on a game of Desert Rose Casino while located in California, violated the UIGEA, and was not protected by the Indian Gaming Regulatory Act. The panel further held that even if all of the “gaming activity” associated with

However, the Court also noted the following: "[w]e take no position on whether Iipay would violate the UIGEA by accepting DRB bets or wagers exclusively from patrons located in jurisdictions where bingo is legal." See, Footnote No. 15. https://t.co/QUKTdZOlr8

Most likely, the appeals court loss is the last for Santa Ysabel. The most significant result is that the tribe’s effort to operate online bingo is not legal and will remain shuttered. In addition, however, the same applies to its hopes for an online poker operation.

A positive ruling for the tribe would have opened up new revenue streams for Native Americans around the country and created an entirely new path for online poker to grow in the United States. But the inability to defend the gaming efforts via IGRA may spell the end of such efforts.