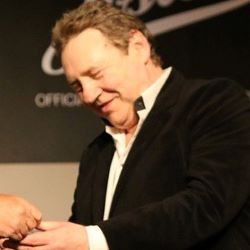 His nickname was Gentleman John Gale for a reason. Nearly everyone who met Gale at or around the poker tables found him to be a gentleman. He was kind to all, generous with his time and attention, respectful of other players, passionate about poker, and a genuinely lovely human being.

After years of struggling with a brain tumor and then recovering from it, Gale died yesterday at the age of 65. The credible report came from Harry Demetriou and was relayed via social media by poker reporter Tony Kendall.

Saddened to hear from Harry Demetriou that John Gale passed away yesterday. He was just 65. Poker has lost a lovely man, & he was an absolute credit to the game. Thoughts go to Shirley & his family. RIP John.

The loss of Gale has been prompting many to take a step back today, to gasp for a moment, to hang their head or shed a tear at the loss of a wonderfully lovely man.

For those in poker who didn’t have the pleasure of meeting or knowing Gale, who hadn’t been lucky enough to catch a friendly smile or receive a hug from the poker tournament regular, they are at a loss today, too.

Gale was born in December 1953 in London. He spent his young adult years as a management consultant but found a true passion for poker in the early 2000s.

He took that passion from the poker tables around the UK to the PokerStars Caribbean Adventure in 2005 when the PCA was affiliated with the World Poker Tour. Gale played the $8K buy-in WPT Main Event in the Bahamas that year and sailed through to the final table and then to the winner’s circle. He won $890,600 for that victory.

With Gale finding success and a genuine adoration for the game and the people in it – from players to media to tournament staff – he continued to play. He cashed in a European Poker Tour event the following month in Deauville, France. And then he traveled to Las Vegas in the summer for the World Series of Poker.

At that 2005 WSOP, he had deep runs in several tournaments but made it all the way to the final table of the $5K Pot Limit Hold’em event. He finished in second for $204,440. He played more around Europe upon his return across the pond but visited Vegas again that December for the Five Diamond World Poker Classic series. He won a $1K weekly tournament there.

In 2006, Gale had an even better summer in Vegas than the first. He finished third in the World Pro-Am Challenge for $200K, won a weekly Bellagio tournament, and then won the $2,500 PLHE tournament at the WSOP for his first gold bracelet and nearly $375K.

From that point forward, Gale could be found at final tables around the world, as well as in the winner’s circle. He won a Bellagio Cup event in 2008 and Borgata Poker Open event in 2008. He was a solid player, both a fear and a joy to find at any poker table.

For a few years starting in 2010, Gale didn’t travel far for poker and only seldomly in the UK for the occasional tournament.

As it turned out, Gale had been making frequent doctor and hospital visits and having multiple surgeries to treat a pituitary gland tumor and other medical issues, one of which required open-heart surgery. He was not well for many years but also instructed by doctors not to fly. He was also diagnosed with leukemia.

The following year, Gale played the WPT Vienna and spoke to the WPT about his medical emergencies. He revealed that the brain surgeries were unsuccessful, that the tumor was benign but continually growing. “The physical drain is enormous, the recovery time is huge,” he said, “but the disappointment because I had two unsuccessful lots of surgery was really tough.”

He also admitted that he stopped taking medications for the tumor because of their debilitating side effects. “I don’t know if it was the right decision,” he admitted. “I’ll probably know in a couple of years’ time. The neurologist strongly advised me against it because, even though it’s benign, the tumor is still growing. But if I can have a little bit of quality of life instead of a great deal of quantity that is of no quality whatsoever, I’d rather have that.”

Ultimately, according to a friend of Gale’s family, it was the diagnosis of leukemia three years ago that led to his death.

John Gale was not the top money earner in poker. He didn’t play high-stakes games or compete in any “player of the year” races. He liked to win, but he loved the game itself even more.

Gale shows a lifetime of live tournament earnings of nearly $3.9 million. He was immensely proud of his victories, especially his two WSOP bracelets and his initial WPT victory at the PCA.

Brad Willis posted a beautiful tribute on the PokerStars blog.

Sad day for us and the rest of the poker community as we say goodbye to Gentleman John Gale. https://t.co/rU30Dl78Z0

Personally, I echo the sentiments of Willis and others. Gale was a wonderful human being. He brought many a smile to the long days and nights of poker media work. His joy and humor at the tables was refreshing, his love for the game infectious.

Rest in peace, John. You are already greatly missed.