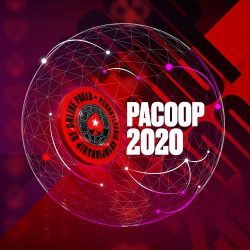 The 2020 Pennsylvania Championship of Online Poker wrapped up last weekend, and PokerStars PA tallied the numbers.

The PACOOP as a whole awarded more than $2 million in prize pools over the course of its 50 tournaments, far surpassing the $1.5 million it promised. Both Main Event tournaments also exceeded their respective guarantees.

In addition, the series beat its 2019 PACOOP numbers quite significantly. Pennsylvania poker players can count this as a positive sign for the health of online poker in the new regulated market.

It’s important to note that PokerStars PA hasn’t even celebrated its first anniversary yet. It launched last year on November 4, and it remains the sole online poker site regulated by the Pennsylvania Gaming Control Board.

Last year, less than a month after its launch, PokerStars PA offered the inaugural PACOOP. There were 50 tournaments and $1 million in guarantees. Some overlays aside, the series paid out $1,559,767.10 in total cash prizes.

PokerStars set its 2020 PACOOP a bit earlier in the year, presumably so it can offer something unique for its one-year anniversary in November.

Two players won two tournaments in this series. “TryptophanMan” won Events 7 and 30 for $12,209 in combined prizes. And Main Event champion “LetMeWin3437” also won Event 45, so his total wins came to $51,809. PokerStars also noted that “LetMeWin3437” qualified for that Main Event from a $20 ticket that the player won in a PACOOP Second Chance Freeroll.

Speaking of the Main Event, let’s took at the Mini Main first:

And then the big one, the Main Event of the entire series:

Not every tournament met or exceeded its guarantee. For example, Event 26 was the $100 Sunday Supersonic Special Edition with a $100K guarantee. With only $91.80 of each buy-in going to the prize pool, the 1,077 entries put the total pot at $98,868.60. PokerStars put in the difference to meet the guarantee.

And all in all, the series wrapped with over $500K more than what was guaranteed.