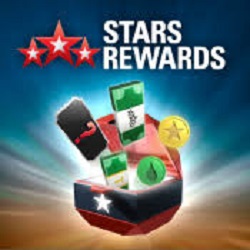 The warning came last month. PokerStars was prepared to reduce the value of some of its Stars Rewards items, the news of which was not well-received by many in the online poker community.

The changes explained in February 2019 included a stark decrease in the value of reward points. It was the policy that every $1 or €1 in tournament fees garnered that player 100 points, but that number was to be reduced to only 45 points going forward. Rewards chests were going to be three-times tougher to earn, though positives about the revised program were touted as easier-to-understand rules and an exchange feature for players unable to complete all rewards requirements.

PokerStars Director of Poker Innovation and Operations Severin Rasset called the changes a part of the evolution of PokerStars and part of a decision on “where to focus our investments.” He also noted that fewer rewards would enable the site to focus more on larger tournament guarantees.

After testing the newest version of Stars Rewards in the Italian market for several days with success, the rollout to the larger global market took place this week. As reported by Pokerfuse, the changes are now evident in the dot-com market, European segregated markets, India, and numerous other special markets. The one not included is New Jersey in the United States, and no explanation was given for that intentional omission.

Pokerfuse explained that the most obvious changes are the colors and values of some Stars Rewards chests. The red and platinum ones were replaced with diamond and black chests, with black offering the highest value. The blue is now the lowest-valued chest.

The values of those chests have also been reduced, as the platinum was previously worth up to $1,000, but the new black chest can never be worth more than $700. However, the chances of winning that top prize are now greater by a significant margin.

The lowest-valued chest is now the blue one, but its expected value is now $0.50. It replaces the red one, which had an expected value of only $0.15. Values vary from one market to another.

While the expected value of each chest has increased, the new rules for earning rewards explain that it is more difficult to move up in valued chests. A representative from The Stars Group explained to Pokerfuse that chest values more than tripled, but point requirements increased two to three times their previous settings, making it more difficult to earn chests in the first place.

Priorities Change for The Stars Group

The Stars Rewards changes were announced in the month before they were implemented, but there have been other signs that poker is becoming less of a priority for The Stars Group.

Earlier this month, The Stars Group revealed its final 2018 numbers, and the report confirmed the trend that has been taking shape for several years. As online poker becomes less profitable, more focus for the company must be placed on other verticals. And as sports betting and online casino games increased their shares, online poker took up less space in the overall picture. From 2017 to 2018, PokerStars dropped form 65% of the revenue focus to just 35%.

That’s not to say that online poker didn’t grow. It did, albeit slightly. In 2018, as compared to the previous year, online poker revenue was up 1.1%, but the fourth quarter of 2018 tells a more interesting story, as that quarter showed a 10% year-on-year decrease.

The Stars Group has a responsibility to its shareholders and employees to do what is best for the entire company, and if online poker is not as profitable as it once was, one way to deal with that is to put more energy into online verticals that have more potential.

Poker fans, however, are not pleased. PokerStars has been the industry leader for more than a decade, and after Black Friday, it was one of the few major online poker sites that survived and continued to cater to the poker community. But times change, and without a thriving United States online poker market and with segregated markets in other parts of the world, online poker is not the moneymaker (see what I did there?) it was for so many years.

PokerStars has adjusted per The Stars Group’s decisions. It remains to be seen if its players will stick with PokerStars or explore other options.