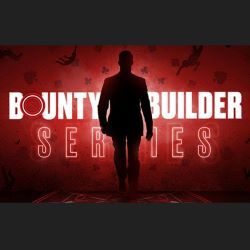 The United States presence of PokerStars is a small but mighty one. The company has a solid market share in New Jersey, and it is the only online poker site in Pennsylvania…and has been since it launched in November 2019.

PokerStars had a unique opportunity this year to show its best self, especially in Pennsylvania. Poker players were stuck in their homes from March through most of June, and some of them are still unable to find live poker games. Players in Pennsylvania and New Jersey had few options for poker, which gave PokerStars the chance to impress its captive audience.

At some point, players will return to casinos, though that time may not be soon if the coronavirus pandemic has anything to say about it. While many of those players remain at home, PokerStars has the chance to woo them once again.

This time, it’s with the Bounty Builder Series. PokerStars in Pennsylvania gets one, and New Jersey gets the other. And they’re ready to go this coming weekend.

The series launches in Pennsylvania on Sunday, July 12. PokerStars will bring its dot-com series featuring all progressive knockout tournaments to the players in the one-site market. (There is a chance that WSOP.com could launch this month in Pennsylvania, but at this point, PokerStars remains the sole poker operator in the state.)

Pennsylvania players will find 70 tournaments on their schedule and $1.5 million in prize pool guarantees. The series will run through July 26.

Of the 70 tournaments in the Bounty Builder Series, eighteen of them will be Championship Belt events. Players of those events will find bigger guarantees, and the winners will receive actual belts.

Maybe it would look something like this. Open to other ideas. https://t.co/nVIdZDIit1 pic.twitter.com/iADmtAbh14

The Championship Belt events, with the Main Event highlighted, will be as follows:

This series will begin for the New Jersey market on Sunday, July 12. Much of the series is similar to the aforementioned Pennsylvania one, wrapping up on July 26. But there are a few key changes.

PokerStars is only offering 53 tournaments for New Jersey players and $600K in guarantees.

New Jersey happens to be a much different market, notably because of its size and competing poker sites. Not only are there two major sites running against PokerStars, one of them is offering WSOP 2020 Online tournaments throughout the month of July, complete with WSOP gold bracelets.

The PokerStars series for NJ players is still substantial and will offer the following 18 Championship Belt events throughout the 15 days: