PokerStars Bounty Builder for NJ and PA to Start Feb 20 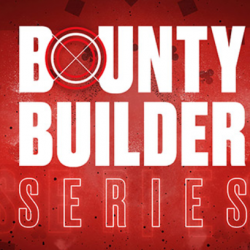 PokerStars may have Michigan on its mind, but the online poker operator remains just as focused on Pennsylvania and New Jersey in the US market. The PokerStars MI site just launched on January 29 and will kick off its first series – MICOOP – on February 20. Meanwhile, there was something in the works for other US players.

Poker players in Pennsylvania and New Jersey will also have a tournament series to keep them warm in these very cold months. On February 20, PokerStars will kick off the Bounty Builder Series for both states. Since the player pools are not yet combined across state lines, both PokerStars NJ and PokerStars PA will run their own series.

Bounty Builder consists of all progressive knockout tournaments, wherein part of the buy-in goes to the prize pool and the other part goes to the bounty on each player’s head. It’s all PKO, all the time.

The two series will award cumulative prize pools of more than $2M. Each is structured according to the differing needs of the New Jersey and Pennsylvania markets, but the overall dates and type of tournaments remain the same.

The bigger of the two series will be in Pennsylvania. The series will run February 20 to March 8 with $1.5M in guarantees for PokerStars PA players.

In addition, players will earn points for their participation and performances in the series, which will put them in contention for the $16K KO Leaderboard competition. The person who knocks out the most players throughout the series will win the lion’s share of $4K.

The PokerStars PA schedule offers buy-ins from $10 to $1K. Out of the total of 75 tournaments, here are some of the highlights:

The schedule features a variety of formats, like total knockout and marathon, big stacks and turbos. While most tournaments will be No Limit Hold’em, there are other options like Pot Limit Omaha, No Limit Omaha H/L, Pot Limit Badugi, Pot Limit 5-Card Omaha, HORSE, and 8-Game.

The New Jersey edition of the series will also run February 20 to March 8 but with $600K in guarantees across 58 events.

Players will be able to win Bounty Builder Championship Belts in this series as well, along with competing in New Jersey’s own $16K KO Leaderboard challenge.

These are a few of the highlights of the PokerStars NJ series, with the Main Event highlighted:

As with the Pennsylvania series, NJ players can choose from a variety of formats and poker variations. Besides No Limit Hold’em, there will be several Pot Limit Omaha events and an 8-Game.

Keep in mind that both sites are already running satellites and qualifiers for discounted seats to the tournaments, most paving paths to the respective Main Events.