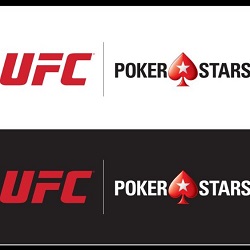 The dealmakers at PokerStars have been busy little elves this month.

Just 10 days ago, the National Basketball Association (NBA) announced a multi-year partnership with The Stars Group, including PokerStars and BetStars. The deal came about as numerous states in America have been legalizing sports betting or considering proposals to do so in the coming months. The NBA will be providing official data for BetStars, and The Stars Group and NBA will both be promoting each other’s brands via digital and social media platforms. They will also work together on responsible gaming initiatives and best sports betting practices.

To follow that up, PokerStars just announced a marketing sponsorship with UFC, the Ultimate Fighting Championship, which offers some of the largest mixed martial arts matches in the world.

Two heavyweights have combined forces! 🛎🎉 We're proud to announce a new partnership with @ufc.
Read all about it here: https://t.co/tYNdMnpUD5 🥊 #UFCStars pic.twitter.com/s4Mcanuj50

The sponsorship is the first time the UFC has welcomed an official poker sponsor. PokerStars is now the “Official Poker Partner” of the mixed martial arts company and will showcase its branding at UFC events.

The first appearance of the PokerStars logo at a UFC event will be on December 29. UFC 232 will be a pay-per-view event for most but a live event for those with tickets to the T-Mobile Arena in Las Vegas. The Jones versus Gustafsson Octagon match is the main event, a light heavyweight rematch after Jones won in the same matchup in 2013. There will be other fights leading up to the headliner, including a featherweight, welterweight, light, and women’s featherweight competition.

For this match and future events, PokerStars branding will appear during UFC telecasts, on digital platforms, and on social media. “Other promotional opportunities” are also in the works. Ultimately, PokerStars may reach 1.1 billion households in more than 160 nations and in 40 languages via pay-per-view events.

The Stars Group has long wanted to expand its reach and can do so with the UFC sponsorship. As Stars Interactive Chief Marketing Officer Christopher Coyne noted, “UFC and PokerStars have a lot in common. We want to thrill and entertain, both in our products and customer experience. UFC is the world’s leading MMA promoter with millions of fans and followers around the globe, while PokerStars is the heavyweight of online poker. It’s a classic combination.”

Christmas has come early!! feels amazing to be back in the @ufc family with @PokerStars!

Founded in 1993, the UFC quickly rose to the top of its field and became the preeminent promoter of mixed martial arts fights. Now with 12 weight divisions, the company is massively popular with fans around the world. The UFC has hosted more than 450 events to date and is a multi-billion-dollar company. The biggest of its partnership agreements is with ESPN.

Fans of the UFC range in age from young to old, though all of them enjoy the competition. While it is physical and sometimes fierce – the opposite of poker games – the audiences are predominantly male and often include people who are competitive at heart. The desire to market to them is a smart one.

Sports audiences are ideal for The Stars Group, which is not only keenly aware of the parallels between poker and various sports, but the company can take advantage of crossover promotional opportunities to bring players from PokerStars to BetStars. The latter is a prime focus of The Stars Group of late, considering the exploding expansion of sports betting in the United States market.

UFC, PokerStars deal comes as the MMA and poker booms in the US have long been over, but perhaps it can be a sign of good things to come.