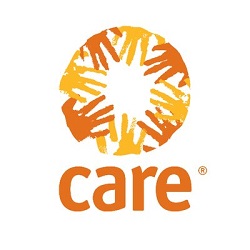 PokerStars has been using its platform to raise money for various charities and relief organizations since 2004. During the holidays at the end of that year, an earthquake in the Indian Ocean triggered a tsunami that devastated countries like Bangladesh, Sri Lanka, and Somalia. PokerStars took action by offering a special online poker tournament that required a $100 buy-in, all of which went to the International Federation of the Red Cross. The players raised more than $187,000, but PokerStars added to that and donated $400,000.

The very next year, PokerStars hosted a number of tournaments, ranging from $5 to $100 buy-ins to help the victims of Hurricane Katrina in the southern United States. The online poker matched the $56,536 raised by players and donated it all to the American Red Cross.

Since then, PokerStars has captured the generosity of its players in giving financial donations to organizations benefiting victims of mass shootings, the 2008 Chinese earthquake, 2015 Philippines typhoon, cancer and AIDS research, and war-weary citizens of Darfur.

Once again, in light of the earthquake and tsunami that hit Indonesia at the end of September, PokerStars is teaming up with its players again to raise money.

What can poker players do to help recovery efforts after the earthquake in Indonesia?https://t.co/q4GPiBQisd pic.twitter.com/6HA1oVHjfF

The earthquakes began hitting the islands in the province of Sulawesi in Indonesia on September 28, starting with a massive 7.5 magnitude quake that triggered a devastating tsunami. The result was death and destruction, and weeks later, the Indonesians are still assessing the damage. More than 70,000 homes were damaged or destroyed, and the death toll has risen to more than 2,000, with thousands more injured and likely close to 100,000 people displaced.

One of the organizations that immediately steps into situations like this was CARE, an international group that works for save lives, end poverty, and work to achieve social justice. While the organization sends volunteers to 94 countries around the world, the majority of its efforts are focused in Africa, Asia, and other areas surrounding the Indian Ocean.

CARE immediately reached out to victims in Donggala, one of the two hardest hit areas in Sulawesi along with Palu. The current focus is to support 100,000 people in Donggala, which is the least likely to receive assistance from other organizations. The people there are in desperate need of water, sanitation products, hygiene kits, and shelter materials.

PokerStars has partnered with CARE in the past to raise funds for victims of natural disasters, so the affiliation to help Indonesians in this case was no surprise. The Stars Group as a whole is raising money for this cause through its “Helping Hands” program, and PokerStars is doing its part.

As much money as PokerStars players are able to raise for the cause, PokerStars will match that amount up to $50,000.

There are currently two ways for players to donate to the cause.

–Use Stars Coins in the Stars Reward Store, where a person can donate 2,000 coins that will translate into a $20 donation. The charity page of the store makes it very simple.

—Donate directly to CARE International via debit or credit card to help relief efforts in Indonesia as a part of the Stars Group’s fundraiser. Any amount is appreciated.

In particular, many of the donations raised at this time will go to providing kits for women and girls, packages that contain sarongs, sanitary towels, and other hygiene products. As an example, CARE and PokerStars have shown how various donations can be used:

#WomenAndGirls are often the most vulnerable after a natural disaster. That is why @CARE puts them at the forefront of our response. #IndonesiaEarthquake #IndonesiaTsunami https://t.co/HAXpSxiCdD pic.twitter.com/dOWX2eyQ1U

–$10 or 1,000 Stars Coins will pay for washing soap for a household for one month

Poker players are known for their generosity, and PokerStars is no stranger to helping those in need. And when they partner with CARE to provide direct relief after a natural disaster, lives are positively impacted in places where they need it most.

CARE has begun gathering life-saving #humanitarian supplies for the most remote communities affected by the #IndonesiaTsunami. https://t.co/HAXpSx10P3 pic.twitter.com/GcXqLM59Kf